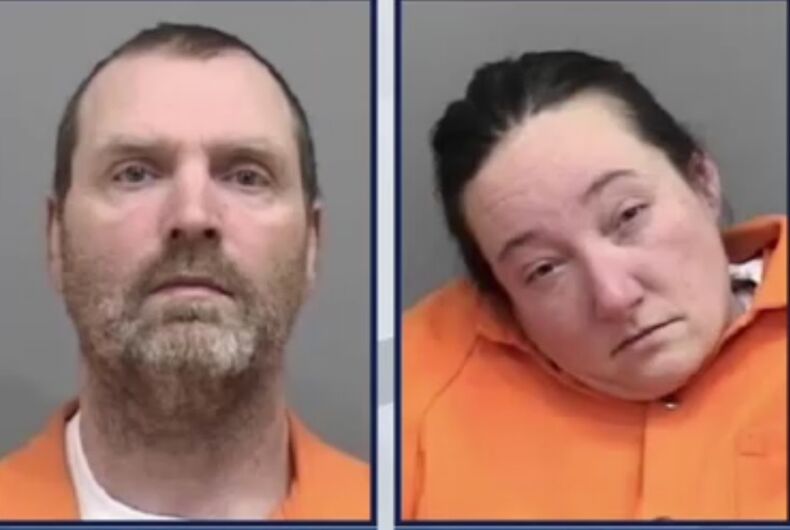 Three people have been charged in connection to the death of a 7-year-old in Wisconsin who was beaten and buried in the snow.

Ethan Hauschultz, 7, died last April after being severely beaten as part of a punishment for not learning Bible verses.

Court records allege that Timothy Hauschultz punished the two younger boys by making them carry a log that weighed over 2/3 of their body weight for two hours a day for a week, and Damian, who was 14-years-old, was made to supervise the punishment.

Related: Hundreds showed up for the funeral of the boy tortured & killed because parents thought he was gay

According to Damian, they were being punished for not learning thirteen Bible verses to Timothy Hauschultz’s satisfaction.

The Manitowoc County Sheriff’s Office believes that Damian beat Ethan an estimated 100 times, shoved him to the ground repeatedly, and rolled the log on his chest for an hour and a half before burying him in the snow on April 20, 2018.

Damian later told police that he “didn’t do anything that would have hurt” Ethan. He said that Ethan kept on dropping the log and that he became frustrated with the 7-year-old.

When Ethan became unresponsive, Damian thought that Ethan was “resisting” so he buried him in 80 pounds of packed snow and ice. Ethan weighed 60 pounds.

When paramedics arrived, Ethan had a body temperature of 23 degrees and no heartbeat. The Milwaukee County Medical Examiner’s Office determined that Ethan died due to blunt force trauma to the head and hypothermia.

Investigators said that Damian said in an interview that Ethan was “in his own little coffin of snow” and laughed.

He told investigators that his life had become “boring” since Ethan and his brother came to live with the family and that he was angry with them.

Timothy Hauschultz’s lawyer told a court yesterday, “Never in Mr. Hauschultz’s wild imagination would what happened ever happen. His son was 14-years-old, certainly old enough to leave with younger children.”

“There was nothing happening in the home that morning. Everything was normal. No idea that it would rise to the level that it did.”

Tina McKeever-Hauschultz has been charged with failing to prevent bodily harm and intentionally contributing to the delinquency of a child.

“I’m happy justice is finally going to be served for my son Ethan,” Ethan’s mother Andrea Everett said in a statement when charges were filed last year.

“It affects my family and me every single day and I will do whatever it takes to get justice for my son.”