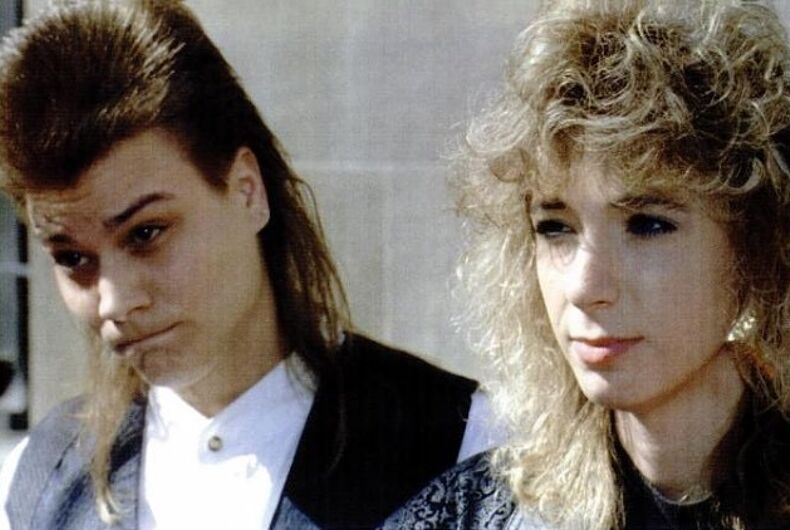 Sharon Mattes, who was embroiled in a custody case in the 1990s that gained national prominence over LGBTQ parental rights, passed away on January 21 at age 48.

Mattes, who used her maiden name at the time, Sharon Bottoms, found herself at the center of a custody battle over her son, Tyler Doustou. Her own mother, Kay Bottoms, fought for custody, claiming that the child would be somehow armed by Sharon and her then partner, April Wade.

“The boy is a bundle of joy and shouldn’t be raised by lesbians and calling another woman Dada,” said Kay Bottoms during testimony in 1993, “I don’t care how my daughter lives her life, but Tyler is going to be mentally and physically harmed because of their relationship. It’s unfit.”

Virginia courts agreed with Kay Bottoms, with Judge Buford M. Parsons Jr. in 1993, endorsing a juvenile court judge’s decision, saying, “The mother’s conduct is illegal and immoral and renders her an unfit parent.”

The Virginia Court of Appeals disagreed, returning custody to Mattes a year later, only to be overruled by the Virginia Supreme Court. In a 5-4 decision, they gave Mattes mother custody of Sharon’s son.

“We have previously said that living daily under conditions stemming from active lesbianism practiced in the home may impose a burden upon a child by reason of the ‘social condemnation’ attached to such an arrangement,” wrote Virginia Justice A. Christian Compton. “We do not retreat from that statement.”

Mattes halted any attempts to take her case to the federal level in 1996, in part due to the level of media scrutiny it put her under.

Acceptance of LGBTQ parents has grown and changed since the 1990s, though it still remains a contentious issue in some conservative circles.

April Wade and Sharon Mattes broke up a few years after the custody trial and, in 2012, Sharon married Bill Mattes.

Trump is abandoning his only gay judicial nominees