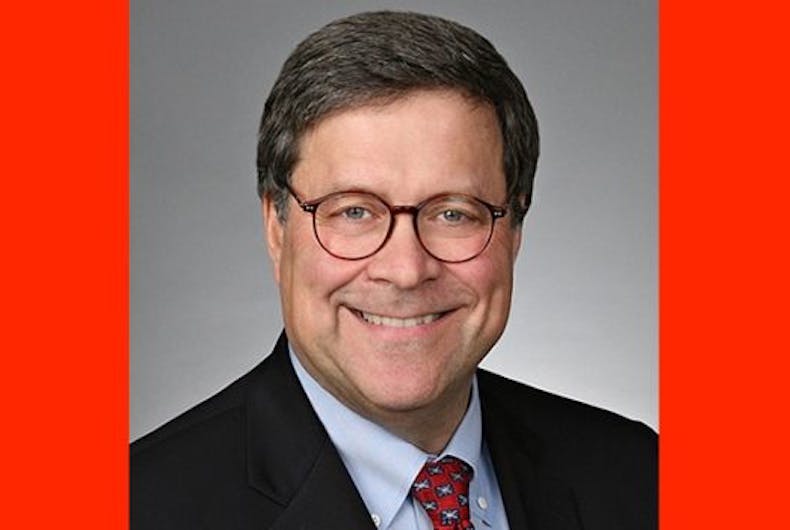 Donald Trump’s nominee for Attorney General was grilled on his anti-LGBTQ stances in Senate confirmation hearings this week.

William Barr, who was Attorney General in the early 1990’s under George H.W. Bush, has a long history of anti-LGBTQ comments, including complaining that too many people were paying attention to “the homosexual movement.”

Senator Cory Booker (D-NJ) questioned Barr about a 1995 article the nominee wrote for The Catholic Lawyer in which he complained about laws that “seek to ratify, or put on an equal plane, conduct that previously was considered immoral” and decried a D.C. law that required Georgetown University “to treat homosexual activist groups like any other student group.”

Barr said his hadn’t changed, but that Booker had oversimplified his views.

“In a pluralistic society like ours, there has to be a live-and-let-live attitude – mutual tolerance, which has to be a two-way street,” Barr said.

Related: We’re tired of hearing from gay men who vouch for their anti-LGBTQ conservative friends

He said that he “would have favored unions that were single-sex” at the time.

This seems unlikely, both because favoring marriage equality was not a popular position in the 1990’s and because Barr delivered speeches denouncing “permissiveness” and the “sexual revolution,” which he said were a sign of “the decline in morality” in America.

On anti-discrimination law, Barr said that he is personally “against discrimination against anyone because of some status of their gender or their sexual orientation or whatever,” but that he does not believe that the law already bans that form of discrimination.

This is a key issue for the Department of Justice, which Barr could lead. Several federal laws ban discrimination based on sex, and some courts have recently interpreted those bans to include anti-LGBTQ discrimination.

For example, firing a gay man for having a male partner – when a straight woman who had a male partner wouldn’t be fired – is a form of sex-based discrimination. Refusing to hire a transgender person because they don’t behave in a way that conforms with sex-based stereotypes has also been interpreted as illegal under certain federal laws.

Booker also asked Barr what he thought about protections for LGBTQ students. The Obama administration enacted guidelines that protected transgender students from discrimination in schools, but the Departments of Justice and Education immediately rescinded those guidelines when Donald Trump took office.

Barr said he wasn’t sure what Booker was talking about.

“William Barr, who has wrongfully suggested that LGBTQ people – not Trump and his destructive policies – have harmed the United States, is the latest in a long line of replacements who President Trump has appointed to his Cabinet who are just as anti-LGBTQ as their predecessors,” said GLAAD’s Sarah Kate Ellis.