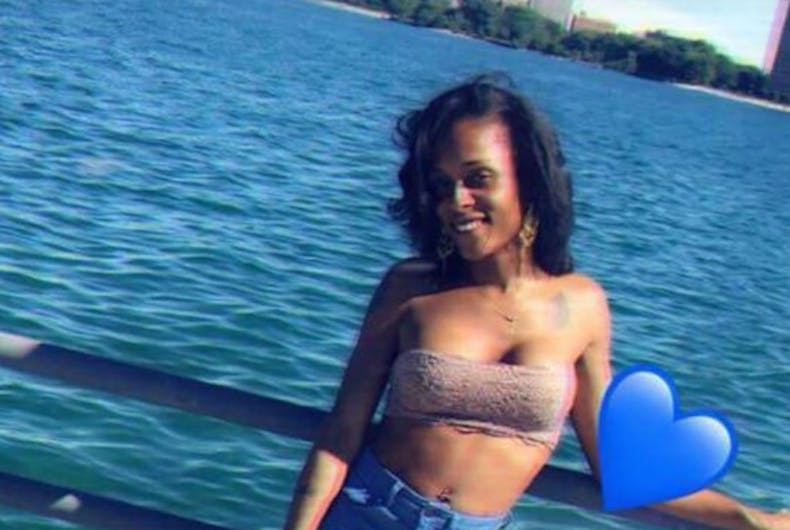 A 17-year-old boy has been charged in connection to the fatal shooting of a transgender woman in Chicago.

Dejanay Stanton was found with a gunshot wound to the head this past August. She was taken to the hospital where she died.

Prosecutors have charged Tremon Hill with first-degree murder in connection to Stanton’s death.

According to Assistant State’s Attorney Britt Steinberg, Hill sent a text message to Stanton on the morning of the shooting, asking her to meet him in a parking lot.

Hill allegedly then shot Stanton in the head just outside of her car and left her for dead.

Stanton was a sex worker and the two had a sexual relationship that started the previous month, prosecutors believe. She was 24 and investigators say that the teen lied and said he was 18-years-old.

They sent each other over 400 texts after their first encounter. In the text messages, Hill at first expressed interest in Stanton, but then later said that their sexual encounter made him suicidal.

He also wanted her to delete some photos from her phone, and prosecutors say that she did.

Cell phone data shows he was in the vicinity of the shooting when it happened, and a search of his home found clothes with “small red stains” similar to those Hill was seen wearing in surveillance video.

Even though they had been texting constantly just up to the shooting, Hill stopped texting when she was shot.

“She was so sweet. Every time you saw her she had a smile on her face,” LaSaia Honey Wade of Chicago’s Brave Space Alliance told the Windy City Times.

“She was just trying to live her best life as a young girl.”