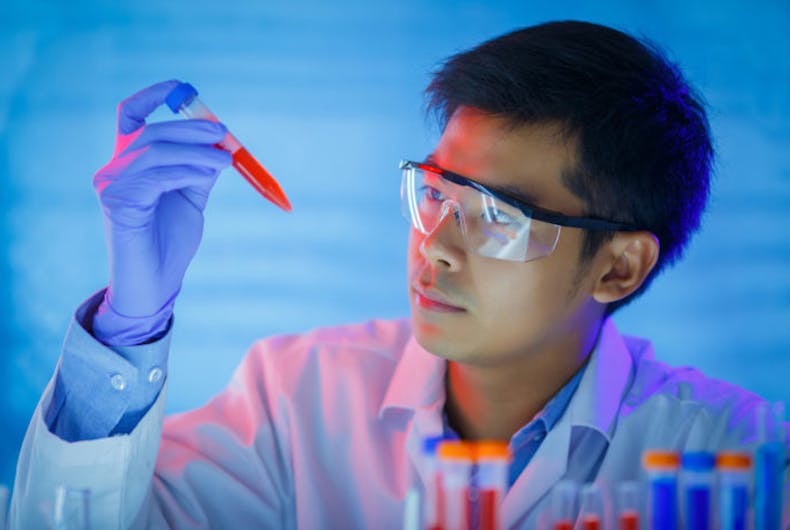 Scientists at France’s Institut Pasteur announced a break-through that may eventually lead to a cure for HIV.

Currently, medications can lower the amount of the virus in someone’s blood, but they can’t eliminate the virus entirely.

The virus can lay dormant in T cells for years, in what is called the latent HIV reservoir. If someone stops taking antiretroviral medications, the virus from that reservoir can multiply and the person’s viral load increases.

The scientists at Institut Pasteur found a way, though, to destroy T cells that are likely to get infected, according to a study published in Cell Metabolism in December.

HIV prefers more active T cells, which means that blocking the cells’ metabolism, the more active cells can be killed while leaving the others unharmed.

Related: This man is HIV positive. And he’s almost 100.

The researchers were able to use these drugs in a test tube to kill active T cells.

“We are screening different molecules with our tests in the laboratory to identify optimal combinations and the best strategy to apply these molecules in vivo. Then we expect to start small proof of concept preclinical and clinical studies.”

Of course, killing some cells in a test tube is a long way away from a cure that will work in the human body. Part of the issue is that researchers need to find glucose and glutamine inhibitors that only kill active T cells without interfering in other chemical pathways necessary to sustain life.

And even then, a treatment would have to kill 100% of the latent HIV reservoir to work.

That said, the study showed why HIV prefers some T cells to others, giving more information about how the virus works and possibly new points of attack for researchers to test.