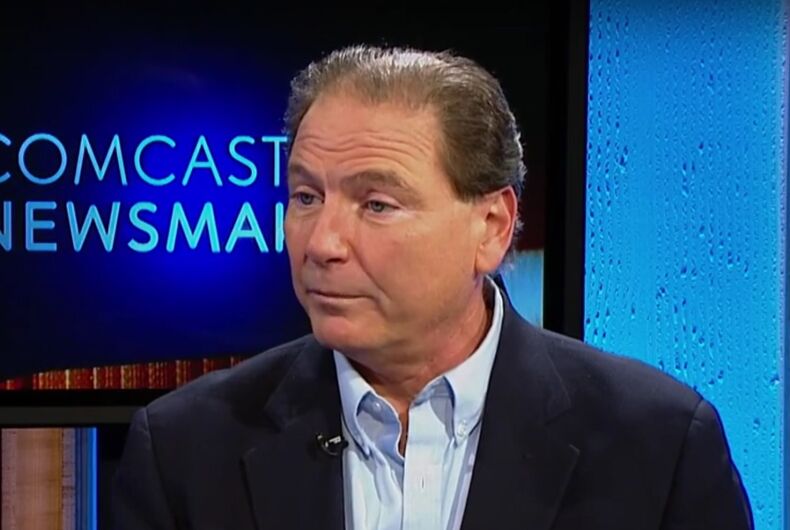 A top Republican staffer in Maryland has been charged with an election law violation for a robocall that said that a primary opponent supported transgender rights.

Both ended up winning the primary and the general election. Both are conservatives who have opposed civil rights for transgender people.

A transcript of the robocall appears in court records:

The call referred to the Maryland Equal Pay for Equal Work Act, which was a larger bill about wage discrimination that included the category of gender identity.

Szeliga actually voted against the bill when it was in the Maryland House, but then she voted for an amended version when it got through the state senate.

A spokesperson for the National Center for Transgender Equality (NCTE) – which is an actual organization that works for transgender people’s equality – said that the robocall was “outrageous” and used “transgender people as a political weapon.”

“Since it clearly did not help his campaign, the people of Maryland have proven they know better than to fall for such a cynical ploy,” the spokesperson said. Impallaria finished behind Szeliga in the primary.

The call used “transgenders” as a noun and the word “transgendered,” both of which are unlikely to occur in a text prepared by the NCTE.

The General Assembly, which is controlled by Democrats, has already officially dismissed Walch. He is being prosecuted for not identifying who paid for the ad, information to help voters decide if the information in the ad is true.

Prosecutors believe that Impallaria knew about the contents of the robocall, but he denies it.

Impallaria, though, made light of the charge, saying that Walch is “a disabled American veteran who was honorably discharged and came to work for me after he left the service” and said that not including information about his campaign in the call was “not dotting an ‘i’ and crossing a ‘t.’”

Impallaria is not being charged.

A reformed homophobe wants to be the Democratic presidential nominee