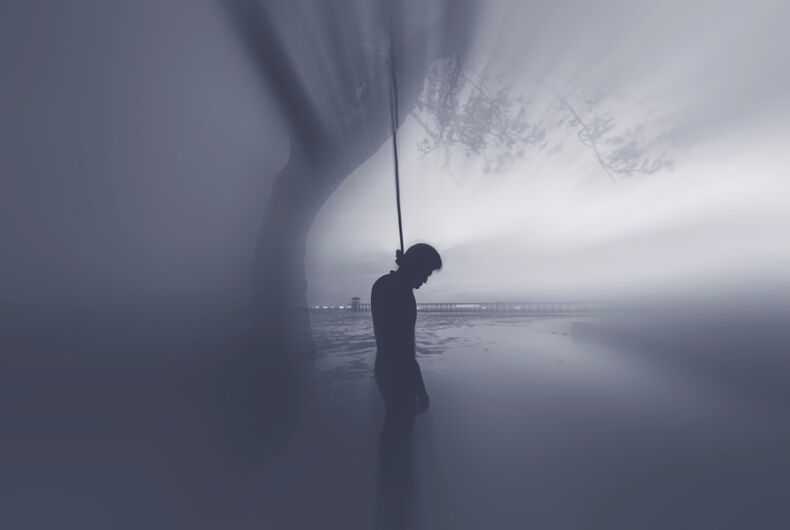 A 31-year-old man was publicly executed, hung by officials on January 10th in the city of Kazeroon in southern Iran. He was charged with having gay sex — a crime punishable by death in the deeply religious country – as well as kidnapping two 15-year-old boys.

It is unclear if both charges are related — or even truthful.

Kyle Orton, a British Analyst and researcher, took to Twitter to cast doubt on the charges, saying, “As usual the regime added charges of pedophilia and kidnapping to make its verdict seem less outrageous internationally.”

The man, who was unnamed in reports, was sentenced on December 20th in Branch 4 of the Penal Court in Kazeroon. His sentence was later confirmed in the Iranian Supreme Court.

According to the Iranian Student’s News Agency, “the citizens of Kazeroon expressed satisfaction and thanked the judiciary.”

LGBTQ Iranians may feel differently: since the Islamic Revolution in 1979, a reported 4,000-6,000 have been executed, with any type of sexual activity not between married, mixed-sex couples being outlawed.

Sexual activities between men carries the death penalty, but the same sentence is only carried out with women after the fourth such instance.

In 2007, then Iranian President Mahmoud Ahmadinejad famously claimed, “In Iran, we don’t have homosexuals like in your country.” This case and the others that precede it say otherwise.