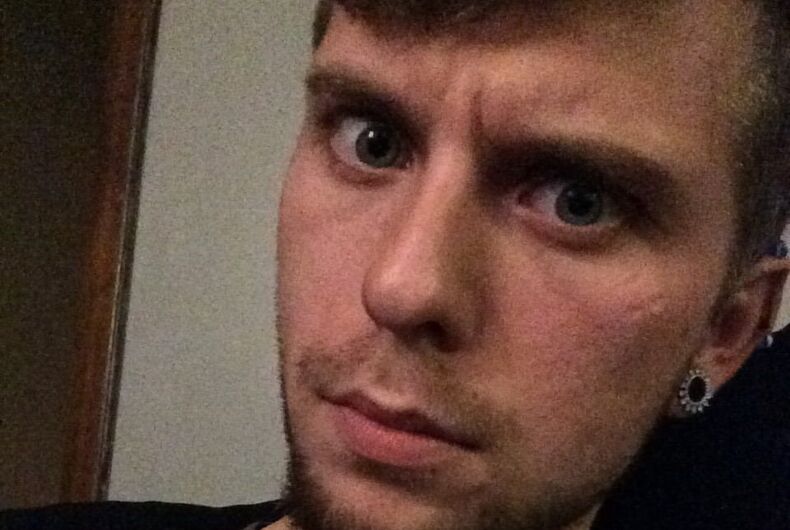 The death of a gay, bipolar inmate in Indiana has led to a wrongful death lawsuit claiming that the victim was denied mental health treatment and was continually harassed about his sexuality.

Markus Neal Middleton, 23, was found in his cell on October 4, 2017. He was unconscious and unresponsive. He had used bedding from his bunk to hang himself.

In spite of efforts by jail personnel and local medics, Middle was pronounced dead that evening.

As a result, Middleton’s partner has sued Noble County Sheriff Doug Harp, jail commander Capt. Shane Coney and the jail’s staff over the way Middleton was treated prior to the death.

Middleton had been detained on September 11, on charges of false informing and resisting law enforcement. Both charges are misdemeanors.

While his bond was set at $7500, he was unable or unwilling to bond out of the jail, and remained in custody. While in the prison, according to the lawsuit, Middleton was, “continuously mocked, harassed, threatened, and denied mental health treatment.”

Middleton had been treated prior to incarceration for both serious depression and bipolar disorder, but in the 23 days he remained behind bars, he was denied treatment.

Middleton was also denied protective custody, even after being “repeatedly threatened with harm by fellow inmates and discriminatorily mocked and taunted by jail guards because of his sexuality.”

According to the suit, the sheriff’s department ignored warnings that Middleton’s mental health was deteriorating as a result of his treatment in the Noble County Jail.

The case is currently pending in the federal district court for northern Indiana, located in Fort Wayne.

This gay guy fell victim to a Grindr scam. But the government shutdown means he can’t report it.

Transgender people are coming to the aid of furloughed federal workers