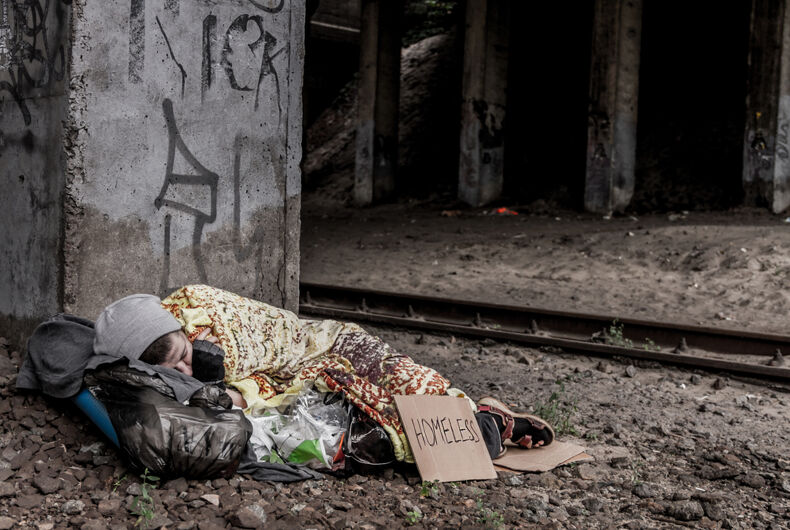 Alliance Defending Freedom, the far-right evangelical legal group that defended the “right” of a baker to deny service to gay couples before the Supreme Court, has a new target.

This time they’re suing to give a homeless shelter in Anchorage, Alaska, the “right” to deny help to transgender people. The federal court lawsuit seeks to overturn the city’s nondiscrimination ordinance that prohibits discrimination against LGBTQ people.

ADF attorney Ryan Tucker told the court that many of the shelter’s residents are survivors of domestic violence and “they would rather sleep in the woods” in the frigid Alaskan winter than share space with a transgender woman. Temperatures in the city in the past week have hovered around zero degrees Fahrenheit.

The group is asking the judge to stop the city from enforcing the nondiscrimination law, arguing that, as a homeless shelter, the group should have an exemption from the law and, as a charity, it should have the religious freedom to deny access as they see fit.

Assistant municipal attorney Ryan Stuart told the Fairbanks Daily News-Miner that the city opposed the suit because the commission’s investigation has not been completed because the shelter wouldn’t cooperate with the investigation.

There is no exemption for homeless shelters in the law.

“There is simply no evidence that transgender people are more of a threat to anyone, whether that be in bathrooms, locker rooms, or homeless shelters,” David Dinielli, Deputy Legal Director for the Southern Poverty Law Center, told local news station KTUU.

“In fact, we know transgender people are among the most, if not the most likely to be targeted for abuse, sexual abuse and physical abuse.”