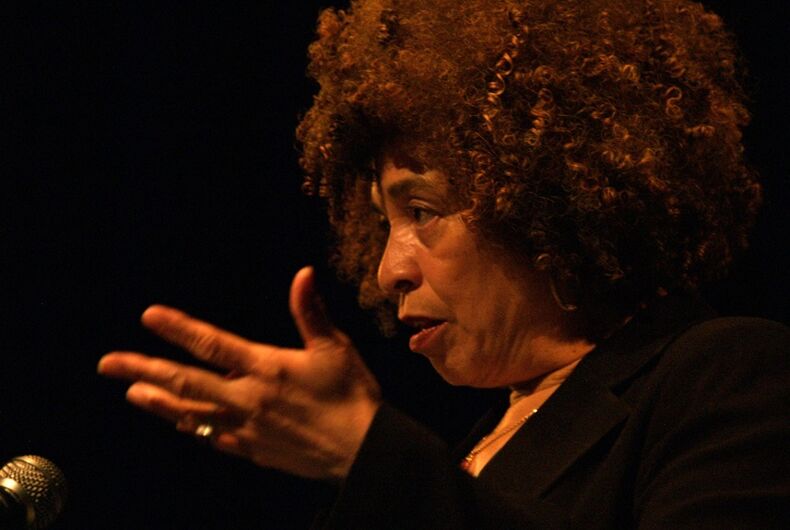 A civil rights institute is rescinding an award it was going to give to Angela Davis, possibly because of her criticisms of human rights violations in Israel.

In September, the Birmingham Civil Rights Institute (BCRI) announced that it would give its Fred Shuttlesworth Human Rights Award to Davis at its gala this February. That award is its highest honor and it would have been the center of the yearly event.

Davis seemed like a logical choice for the award. Not only is she one of the most prominent human rights activists in the United States – advocating for decades for the rights of Black people, workers, women, LGBTQ people, Muslims, and immigrants – and she was a member of the Black Panther party, the Student Nonviolent Coordinating Committee, and the Communist Party, but she’s also originally from Birmingham, Alabama.

But last week the BCRI posted a statement on its website saying that it was rescinding the honor. Without naming a reason, the BCRI said that it did a “closer examination” of Davis’s work and that the rescission was “necessary.”

Over the weekend, Birmingham Mayor Randall Woodfin said that he was “dismayed” by the controversy and pointed to “protests from our local Jewish community and some of its allies.”

The Root, citing unnamed sources familiar with BCRI’s decision, said the decision can be explained by this article in Southern Jewish Living. The article describes at length her criticisms of Israel’s government, as well as her support for the Boycott, Divestment, and Sanctions (BDS) movement to put pressure on Israel for its human rights violations.

The article doesn’t provide any statements from Davis in which she said anything about Jewish people as a group, just criticisms of the government of Israel, as well as the American government for its support and connections in law enforcement.

But the implication is that any criticism of Israel’s government is a form of anti-semitism.

Local activist Sophie Ellman-Golan said that it’s unlikely that Jewish people in Alabama forced the decision to rescind, citing the word “allies” in the mayor’s statement.

“The idea that Jews in Alabama – as opposed to the many Christian Zionists in Alabama – have the structural power to make this happen should give us pause,” she told The Guardian. “‘It’s the Jews’ is an all-too-frequently-used explanation.”

The decision to rescind has led some to promise to protest BCRI.

“If the Birmingham Civil Rights Institute does not honor our request, we are willing to protest,” said Frank Matthews, vice president of the Outcast Voters League.

According to The Root, less than half of BCRI’s Board of Directors is black.