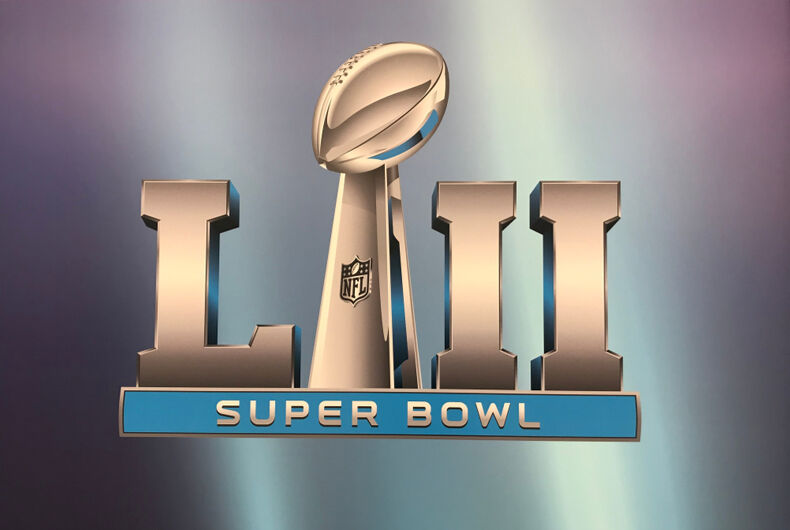 Super Bowl LIII will be played this Sunday, February 2. It will be shown on CBS.Photo: Shutterstock

Ron Mix has been in the Pro Football of Hall of Fame since 1979, playing as an offensive lineman for the Los Angeles and later Dan Diego Chargers throughout the 1960s, then Oakland Raiders at the beginning of the 1970s. Doing his career, he was an eight-time AFL All-Star player.

His call to action was courtesy of the Trump Administration, and the decision by the Supreme Court to let the transgender military ban go into effect.

“When I saw the White House ban on transgender people serving in the military, it was just shocking—and it was so wrong,” Mix told The Daily Beast.

Inspired, Mix decided to auction off a premium ticket to Super Bowl LIII in Atlanta, Georgia as his guest. The winner will also receive a post-game dinner and a signed Ron Mix game jersey. The proceeds from the auction — with an estimated value of $10,000 — will go to Trans Lifeline and Georgia Equality.

Mix says that he had both teammates and army comrades who were part of the LGBTQ community, but he recently learned more about what LGBTQ people face today, particularly “the horrific homelessness rate of gay and transgender youth.”

“The mistreatment of transgender people is contrary to everything athletics embraces: fair play, equal opportunity and respect and judging people by their character and conduct not by bigoted preconceived perceptions,” said Mix on the Charitybuzz web page created for the auction. “Family rejection, discrimination and violence cause an estimated 40% of the 1.6 million homeless youth being from the transgender and other LGBQ groups.”

“That horror should be a shock to the conscience of Americans,” Mix added

Trans Lifeline is a national, trans-led organization dedicated to fighting transgender suicide. Georgia Equality, located in the host state for Super Bowl LIII, works on legislation within Georgia and provides services aimed at the LGBTQ community.

The seats are close to the 20-yard line, Section 208, Mezzanine Level, of Mercedes Benz Stadium.