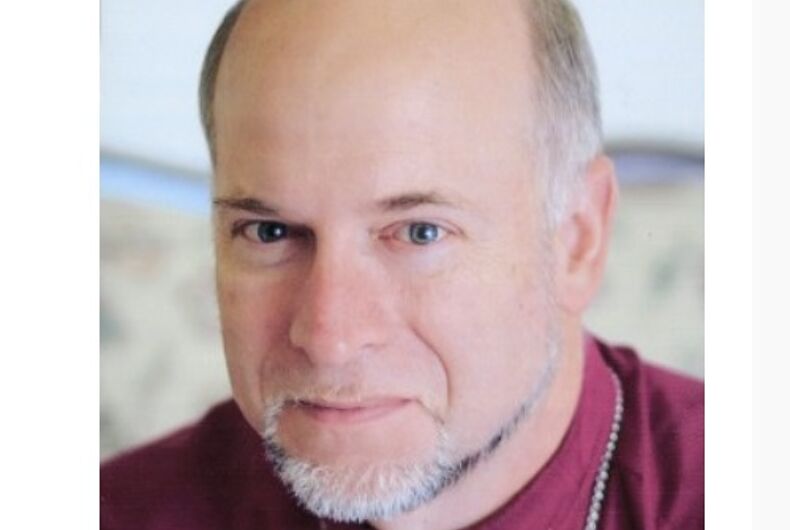 An Episcopalian bishop could face disciplinary action for trying to block same-sex marriages in his diocese.

In November, Bishop William Love of the diocese that includes Albany, New York, issued a directive that banned marriage for same-sex couples in the diocese.

He wrote an eight-page letter that said, “The Episcopal Church and Western Society have been hijacked by the ‘Gay Rights Agenda,’ which is very well organized, very strategic, very well financed, and very powerful.”

“Satan is having a heyday bringing division into the Church over these issues.”

The Episcopal Church opened the rite of marriage to everyone, regardless of gender, in 2015.

Related: Episcopalians will allow same-sex weddings in all churches without exception

So last Friday, Love received a letter from Presiding Bishop Michael Curry saying that his November directive “may constitute a canonical offense.” His case has been referred for disciplinary review, and in the meantime he’s forbidden from penalizing anyone for participating in a same-sex marriage.

A resolution passed last year allows anti-LGBTQ bishops to step aside and let another bishop preside over same-sex marriages, but Love hasn’t even complied with that.

“(A)s Presiding Bishop I am called upon to take steps to ensure that same-sex marriage in The Episcopal Church is available to all persons to the same extent and under the same conditions in all Dioceses of the Church where same-sex marriage is civilly legal,” Curry wrote.

In an open letter to his diocese, Love said that he would comply with the restrictions but he hopes that they will be overturned.

Transgender people are coming to the aid of furloughed federal workers