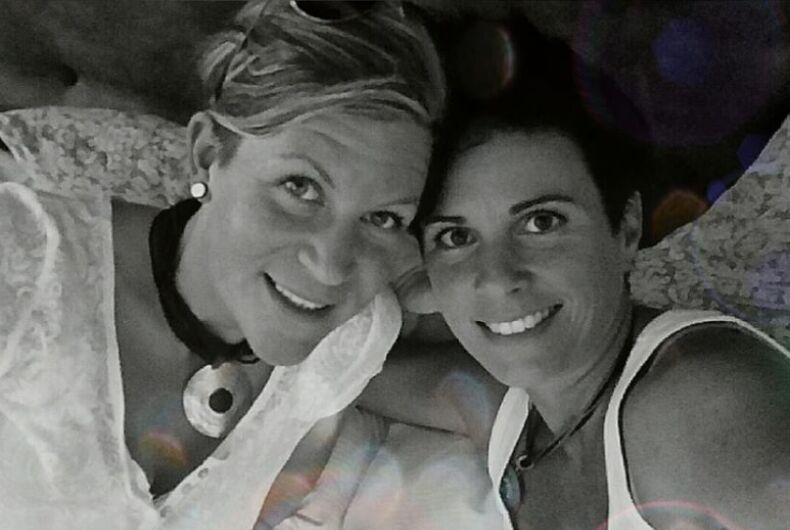 Marriage equality is now recognized in Austria, and two women were the first to get married earlier yesterday.

In December of 2017, Austria’s Constitutional Court struck down the country’s ban on marriage between two people of the same sex. The court gave the country until January 1, 2019, to open up marriage to same-sex couples.

Nicole and Daniela Kopaunik got married just after midnight in the town of Velden.

“Now everyone has the chance to decide for themselves, if I want a ‘marriage for all’ or if I want a legal partnership, that was not the case before,” Nicole told OFP (translated by Google). “We decided to marry and are happy about it.”

“We are also family and will have a family name,” Daniela said, explaining why she took her wife’s last name.

In 2010, same-sex couples in Austria only had access to civil unions.

The change was celebrated by LGBTQ organizations.

The start of 2019 also marks the first day of the freedom to marry in #Austria – which today became the 26th country where same-sex couples can marry, following a landmark court ruling affirming marriage equality in 2017! 🇦🇹 pic.twitter.com/Fs95wjvkFS

And LGBTQ people in Austria.

oh yeah we finally got marriage equality in austria since today midnight!!!! cries i have to cry. who wants to volunteer and become my wife? pic.twitter.com/mBW30tgwud