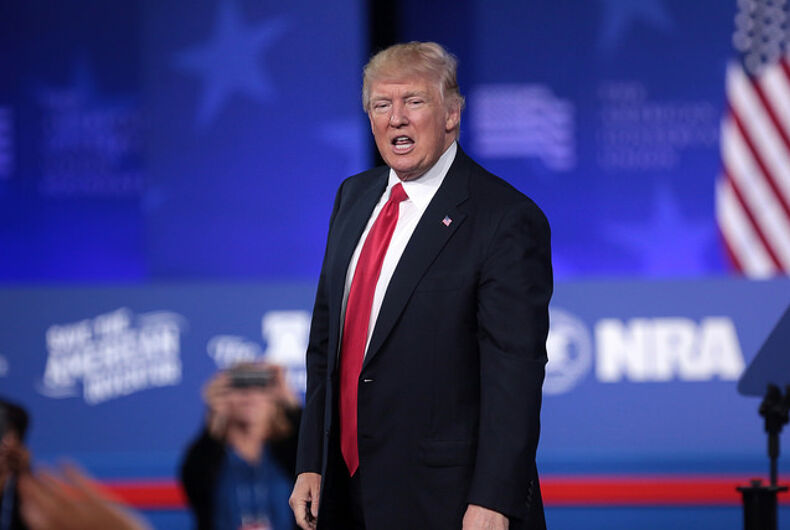 Maybe we’ve just become numb to all the craziness that accompanies politics these days.

But if you step back for a moment, you can see that 2018 featured some truly awful political moves. In previous years such boneheadedness would have been considered exceptional. Now it’s just white noise to the unfolding disaster of the Trump presidency.

Not all the political action was bad, of course. There were some smart moves too, like all the incumbent Republicans who saw the writing on the wall and decided now was a good time to retire from Congress. There were also the Democrats who realized that Nancy Pelosi should be Speaker of the House because she’s so politically savvy.

But there were plenty of really dumb political moves to go around. Here’s a sampling of some of the worst from the past year.

Steve Bannon’s big mouth. The year got off to a great start with Steve Bannon, the alt-right Trump whisperer, learning the perils of being too candid with a journalist.

Michael Wolff’s book Fire and Fury: Inside the Trump White House, included a series of quotes that were the political equivalent of a one-way ticket to Siberia. These included calling the 2016 Trump Tower meeting between Donald Trump Jr. and a Russian lawyer “treasonous” and describing Ivanka Trump as “dumb as a brick.”

Bannon had already been unceremoniously dumped from his White House job six months earlier, but now he was completely cut off from Trump, who said Bannon had “lost his mind.” Not only that, but Bannon lost his job as the editor of the Breitbart News. By fall, he was drawing tiny numbers during his speaking engagements.

Brett Kavanaugh’s partisanship. The Supreme Court likes to portray itself as above politics, even though we all know better. But in an effort to secure his seat on the Court, Brett Kavanaugh decided to savage Democrats as political assassins out to destroy his reputation.

Of course, as Christine Blasey Ford and numerous others who knew Kavanaugh pointed out, his reputation was as a drunken (and possibly homophobic) lech. But in his over-the-top rage at his critics, Kavanaugh proved that he was more a Republican than a jurist (and confirmed his image to his critics).

Worse, he did lasting damage to the Court on which he now serves.

The plot to libel Robert Mueller. As Special Counsel Robert Mueller’s investigation into the Trump family’s many scandals kept building steam, some of the president’s supporters decided that the time had come to tarnish Mueller’s reputation.

So Jacob Wohl wrote a story for the gay-owned Gateway Pundit in which Wohl claimed that that Mueller had been accused of rape by a “very credible witness” — who was apparently entirely made up by Wohl. The plot was transparently amateurish; Wohl creating a bogus firm to bolster his claims, with the company’s phone number going to his mother’s voice mail.

The GOP’s Trumpism. The Republican party has sold itself to Trump lock, stock and barrel.

In the short term, this has paid dividends, especially in the Senate, where the disproportionate advantage small (aka red) states has boosted the GOP. But as the midterm results showed, in the long term, this looks like a disastrous bet.

Republicans stand a fair chance of losing suburban strongholds for good, the number of white evangelicals is shrinking, reducing the size of the party’s minority base even further. At some point, winning a majority of votes won’t be possible – which is why Republicans have gotten so good at cheating.

Virtually anything that Trump does. It takes a special talent to screw up a Christmas Eve photo op, but Trump has that talent. Who else would tell a seven-year-old that it was “marginal” to believe in Santa at that age?

Then there’s the serious stuff, like proving yourself so undisciplined and impulsive that your Secretary of Defense calls you out in his resignation letter. In response to increasing criticism, Trump has doubled down on his instincts, which led to the GOP getting shellacked in the midterm elections. (See above.)

Let’s hope that Trump applies this brand of political cluelessness to the 2020 presidential campaign.