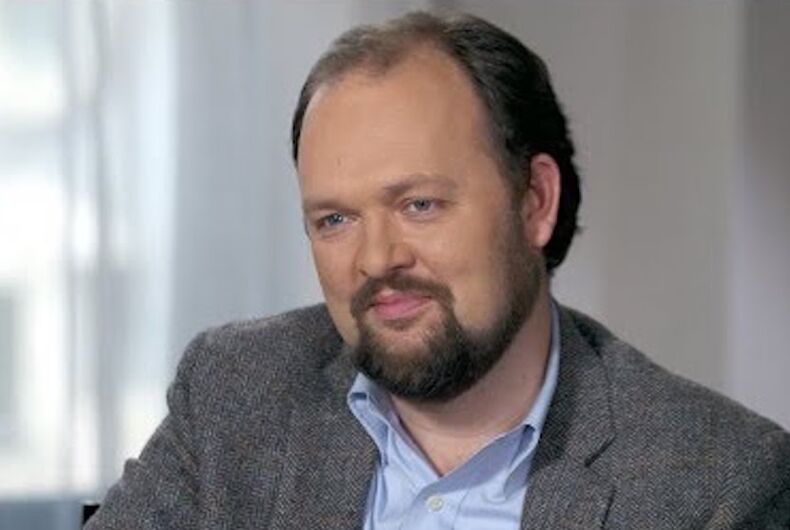 Harvard PhD historian Timothy Barker recently posted clips from Douthat’s Harvard columns on Twitter. Among Douthat’s jaw-dropping statements are a comparison of Arabs and African immigrants to “barbarians” and a suggestion that the real goal of LGBTQ rights activists is sexualization of pre-teen children.

Related: The GOP tax plan has a provision guaranteed to promote homophobia

In an article entitled “The Cross and the Triangle,” Douthat called the appointment of a “practicing lesbian” as Harvard’s associate minister “appalling.” He wrote, “Tolerance for gays means intolerance for others, namely those who cling to what the Administration regards as outdated nonsense — the idea that not all sexual behavior is morally equivalent.”

In another column, entitled “Reviving Pedophilia,” Douthat connected homosexuality and the push for childhood sex education to pedophilia, suggesting that both involve grooming young would-be lovers.

It’s entirely possible that Douthat has moved on from these views and is now more moderate and inclusive in his politics.

After all, in a 2014 column about public accommodation protections for same-sex couples, he said that Christians shouldn’t consider LGBTQ anti-discrimination laws a form of “persecution” (especially considering how Christians have long mistreated LGBTQ people).

LGBTQ Nation has reached out to Douthat to ask if he still stands by his columns written nearly 16 to 20 years ago. We will update this story if he responds.