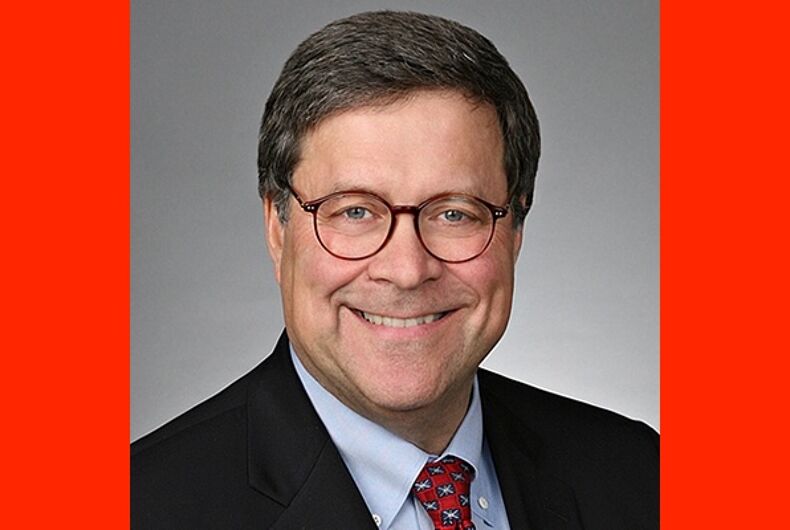 President Trump has announced that he will nominate William Barr, a former Attorney General under George Bush, to replace Jeff Sessions as Attorney General. While Sessions was vociferously anti-LGBTQ, Barr doesn’t quite rise to the same levels – but he’s definitely not an ally.

“William Barr, who has wrongfully suggested that LGBTQ people – not Trump and his destructive policies – have harmed the United States, is the latest in a long line of replacements who President Trump has appointed to his Cabinet who are just as anti-LGBTQ as their predecessors,” Sarah Kate Ellis, President and CEO of GLAAD, said in an emailed statement.

The organization points to some of Barr’s problematic history, including: