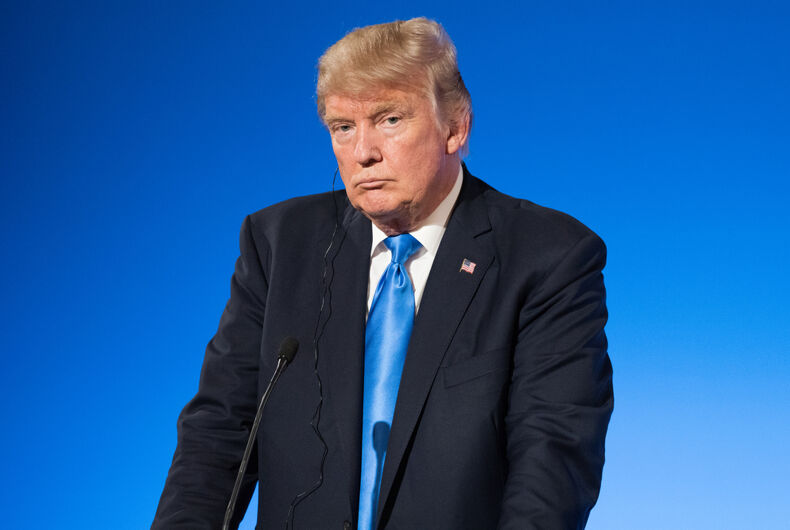 Trump’s first 2020 presidential election ad has hit the air and it’s a doozy. President Donald Trump’s re-election campaign has put out a one minute spot begging supporters to call Trump and say something nice.

If you call, the number asks you to leave your name and brief message before throwing you to a  fundraising appeal meant to scare “deplorables” out of dollars.

“President Trump is under vicious, daily attacks from the fake news media and far-left Democrats who want to implement the radical socialist agenda,” Parscale says. “They will stop at nothing to overturn the election and remove your president from office.”

There is no disclaimer to say you can’t call and tell him what you think about his nonstop attacks on the LGBTQ community. The number is 800-684-3043.

First 2020 ad? This Trump ad, featuring his campaign manager @parscale, just aired on CNN. It’s a minute long and asks viewers to call an 800 number to leave a thank you message for POTUS. I called the number and it leads to a fundraising appeal (not unusual for pres campaigns) pic.twitter.com/yB3Rb1pJKe