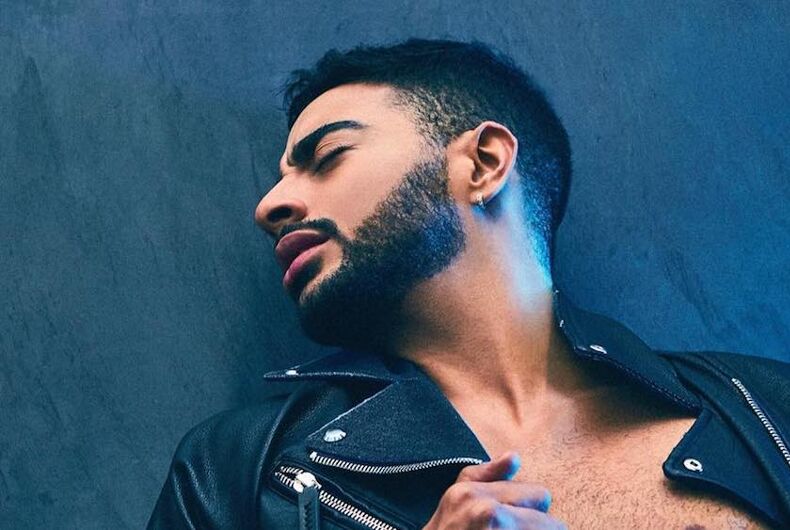 In a deep and revealing interview with GQ magazine, trans male model Laith Ashley shares their story: from growing up in Harlem to breaking through in modeling. Along the way, Laith describes the trials that’ve come along with being a trans man.

For example, he shares his experience being photographed by David La Chapelle in a campaign for Diesel — and the transphobia that ended with his images being removed from the campaign.

“They got a lot of transphobic comments and instead of leaving me up, they took the image down,” said Laith.

Even his first forays into modeling, posting portraits to his Instagram account clad in his Calvin Klein briefs, were an uphill battle.

“I woke up to a ton of messages, mostly negative,” said Laith. “Very transphobic. I was taken aback. I worked at an LGBTQ center where everyone was affirming. (Now) I felt exposed. I didn’t know what to do.”

“I felt like a liar and I wanted to disappear,” he added, saying that he even debated removing his social media account after the backlash.

Laith, now 29, knew something was up as early as age four, but didn’t have the words for his feelings. “I tried to fight myself,” said Laith. “I tried to pray the gay away.”

It wasn’t until Laith was 19 and perusing videos of transgender people on YouTube that he really understood who he was.

Laith has moved beyond modeling a bit as well, both starting on a musical career and being featured on Pose on FX. His first song and video, “Before You Go” went up on YouTube back in September.