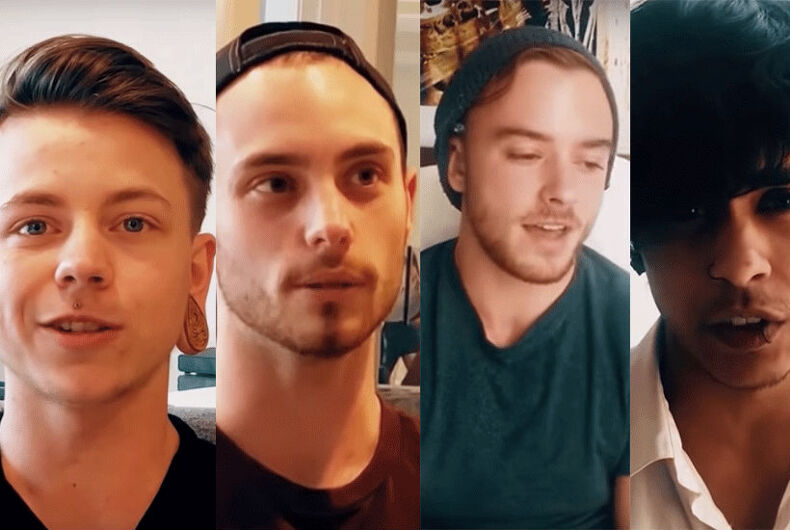 “Trans guys don’t get a lot of exposure in the media,” band member Xander Idris says in the series’ crowdfunding video (below). “We’re hoping with this show to get more exposure and basically show people that we’re someone’s son, someone’s brother, someone’s grandson, boyfriend. We’re humans with dreams just like everyone else.”

“Ultimately what we want other people to know is that it’s okay to be like this,” one band member said.

The show will feature Idris along with his bandmates Ethan Remillard, Cole Hayes, and  Rowan Seitz. They’re wanting to film in LA because it’s a place where creative careers are mae. They wanted to be surrounded by similarly passionate people while they investing in their own web-series and music careers.

The show will take inspiration from shows like the HBO buddy dramedy Entourage, the ABC/MTV boy band reality series Making the Band and the long-running reality TV competition Big Brother.

Idris is correct about trans representation. In their most recent report on TV media, GLAAD found only “17 regular and recurring transgender characters on mainstream, streaming and cable networks. Of the trans characters, nine were trans women, four were trans men and four are non-binary. Collectively, trans men made up only 0.4% of the 901 LGBTQ characters on TV last year.

“Trans people are hot,” Ethan says. “We try very hard to be the gender that we are. We picked LA because that’s a place where things get done.”

Fans of trans musicians may be interested to know that around 2015 ABC TV in the UK aired Ladyboys: The Band, a reality series about a Thai girl band made entirely out of trans women.

This organization is supporting sex worker groups with philanthropic dollars