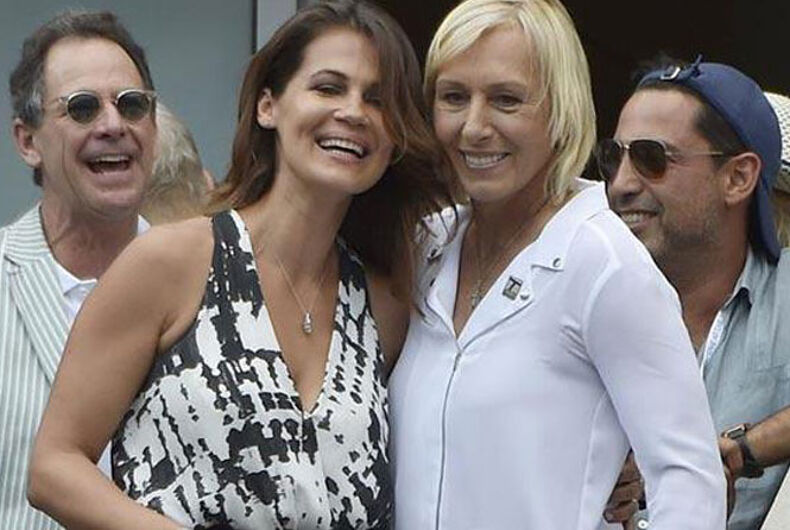 Tennis legend Martina Navratilova posted, then removed a tweet on Tuesday claiming that transgender women should not be allowed in women’s sports.

“Clearly that can’t be right. You can’t just proclaim yourself a female and be able to compete against women. There must be some standards, and having a penis and competing as a woman would not fit that standard,” said Navratilova.

“For me it’s all about fairness,” She later added. “Which means taking every case individually… there is no cookie cutter way of doing things.”

Navratilova is largely considered one of the best female tennis players of all time, certainly until the dominance of the Williams’ sisters. She came out as bisexual shortly after becoming a US citizen in 1981. She later came out as a lesbian.

She has long been outspoken on politics as well, including LGBTQ rights.

Many were quick to criticize Navratilova, including Renée Richards, a transgender tennis player who made waves when she entered the sport after her transition in the 1970s, as well as Dr. Rachel McKinnon, a champion cyclist and transgender woman.

“if you say that trans women with a penis must not compete in women’s sport. That’s transphobic,” said McKinnon on Twitter. “Genitals do not play sports. What part of a penis is related to tennis? How does that ‘level’ any playing field?”

Transgender and intersexed athletes have been an issue since at least the 1936 Summer Olympics, where Stanisława Walasiewicz, aka Stella Walsh, was accused of being male and had to undergo a genital inspection. After death, it was discovered that Walasiewicz was intersexed.

In recent years, this has become an increasing controversy, as Caster Semenya was pushed into gender testing, with many thinking the runner was transgender or intersex. The results of such tests have never been made public.

Navratilova has since deleted the tweets that caused the initial controversy.

“I am sorry if I said anything anywhere near transphobic- certainly I meant no harm – I will educate myself better on this issue but meantime I will be quiet about it,” said Navratilova.

Nevertheless, the tennis celeb remained defiant against what she has perceived as “bullying” in getting call out over her initial statements, saying that she regretted “nothing” in the way she handled this situation.

70 French celebrities got together to record a song about homophobia

No one knows how these lesbian penguins laid an egg