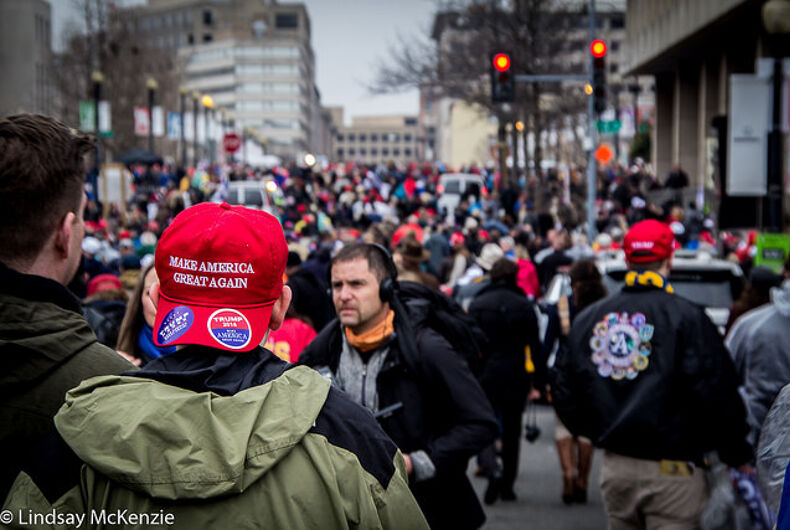 In a few weeks, all of the “real men” that can’t get dates on Tinder will have a place of their own to meet women.

It’s not unusual for a dating site, or app, to attract a specific demographic. In the United States, political ideas are a make or break point for many when it comes to forming connections. It was only a matter of time before a right-wing dating app would be introduced to the world.

A new site called ‘Righter’ is taking the fact that liberals don’t want to date them to heart.

The Daily Beast reports, “Righter, which launches later this month, is meant as an amorous safe space, but only for those who back the president. If you’re a liberal, Righter might actually sue you if you try to join.

“I have a very nice legal team that will be handling that,” founder Christy Edwards Lawton said. “This is zero tolerance.”

Related: Why are the right wing snowflakes so scared of the media?

Righter is just another example of something that conservatives have been scolding snowflake liberals for in recent years: creating a “safe space” where participants views go unchallenged.

According to promotional social media posts “Women desire to be submissive” and a strong emphasis on masculinity exists on Righter.

One visual depicts Donald Trump as being “a real man.” While he’s technically a man, he did cheat on his wife with Stormy Daniels and used campaign funds to pay her off.

The app seems to only cater to straight, white, right wing singles. We can safely assume these people are cis as well.

Women desire to be submissive to a masculine man, they can’t help it, it’s innate within them. RIGHTER is all about the masculine & feminine magic ✨. #wearerighter #love #sex #foreplay #passion #irresistable #couples #couplegoals #masculine #feminine pic.twitter.com/rvQRoD1aIU