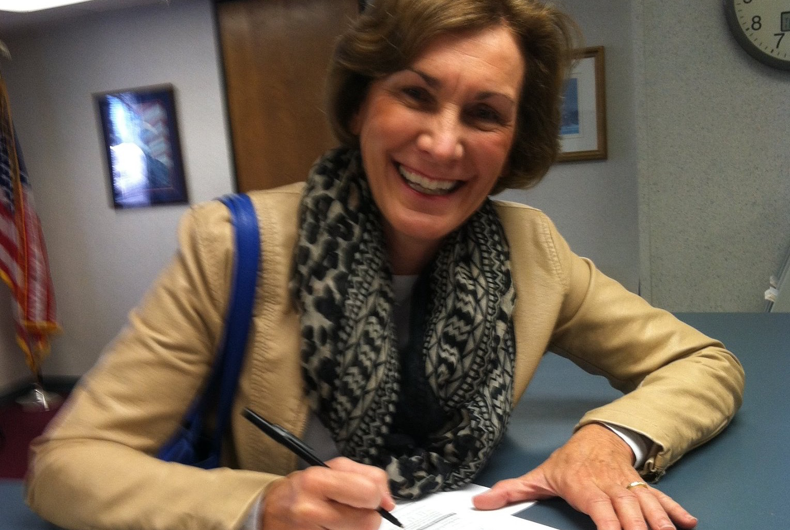 Kansas Republican state senator Barbara Bollier has left the party and become a Democrat. She cites Donald Trump and the party’s attack on transgender people as the impetus behind her move to the other side of the aisle.

Bollier, who frequently bucked her party and Democrat Laura Kelly for governor. After her support for Democrats in the election, Republican Senate President Susan Wagle stripped her of a leadership position on a health committee. She is a retired physician.

“That was my final, last straw. I support the people of Kansas. I do not condemn whoever they are,” Bollier told the Wichita Eagle.

She also castigated Trump on her way to the left, saying she “cannot be complicit in supporting that.”

“I can’t call it leadership. I don’t even know what to call him. He is our president, but he is not representing my value system remotely.”

Walgreens sued after a security guard shot a black, gay man for ‘shoplifting’

The Mormons may sue Deadpool over a ‘Jesus’ movie poster