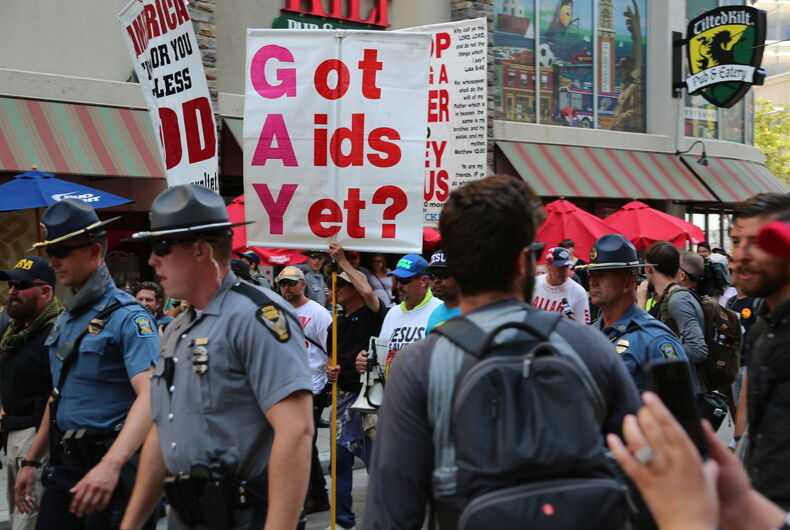 A primary tenet of liberation is the freedom to define oneself! Unfortunately, this is one of the several tenets many Republicans fail to comprehend and observe.

Throughout most of my adult life, I’ve defined as a democratic socialist — on all but three occasions I’ve voted for candidates in the Democratic party. I have never and will never align with a fictitious so-called “Democrat party,” chiefly because it exists only in the minds and on the tongues of certain Republicans.

Some of these same Republicans have attempted to transform the term “democrat” into a vile epithet, all while corrupting the very notion of democracy through their multiple acts of voter suppression nationwide.

Republicans excite the baseness of their base while instilling anger and fear whenever they define transgender people as mere “men in dresses” who desire to enter women’s restrooms to embarrass, harass, and molest others.

I don’t recall many Republicans referring to “women in pants” entering men’s restrooms or even talking about trans men at all. They have, though, defined anyone whose gender identity differs from their assigned birth sex as “sick” and “emotionally and mentally disturbed” — or they claim trans people do not exist at all.

Likewise, many conservative Republicans signify anyone sexually attracted to some members of their own sex as “homosexuals,” and as “sinners,” “perverts,” “child molesters,” and so many other terms far too numerous to list. They equate “homosexuality” with unsatisfying, unnatural and compulsive sex. On the other hand, they present heterosexual relationships as natural, satisfying and full of love.

Now in the current upside-down Trumpian era, terminology and definitions have transmuted even further: People fleeing oppression are the new “migrant caravans of illegal criminal drug-pushing aliens,” lies are the new truths, falseness and deception are the new facts, and the underbelly of the country has risen as the revitalized America made great again.

Language grants humans a special ability to communicate with nuance and precision. It provides us the power to transmit ideas. It allows us the capacity to assert and maintain our sense of self, our agency, and our subjectivity.

The good news is that only approximately one-third of the people believe the mythology perpetrated by conservative Republicans. The remainder, the vast majority, recognize this primary tenet of liberation and vigilantly work toward the freedom to define ourselves!