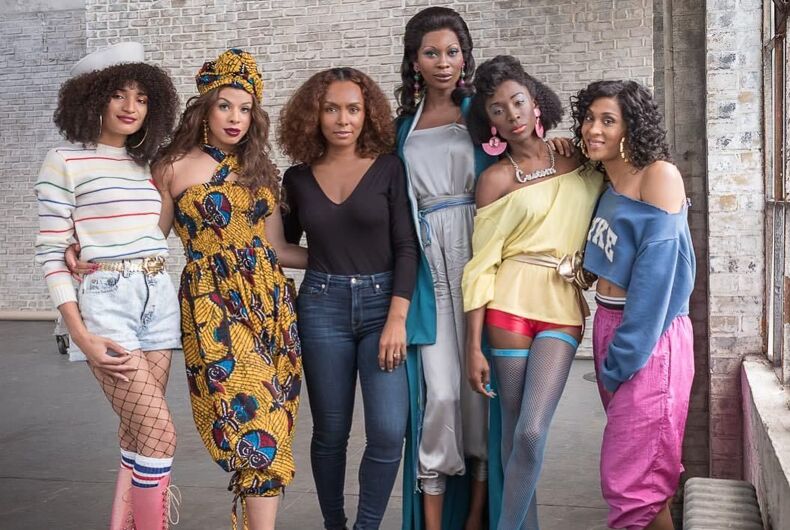 It’s true: 2018 continued to be a banner year for transgender representation, even as the Trump administration did their level best to undermine and erase trans rights.

Here’s just a few of the big stories in a year that included a trans woman character on Supergirl, a transgender student being kept out of shelter during an “active shooter” drill, and even a trans boxer winning his first professional fight.

The Trump administration stays on the offensive

Trump has continued to attack transgender people. Not content with court losses over his transgender military ban, this administration has now taken the unusual step of asking the Supreme Court for a fast appeal of the rulings, even as lower courts are still considering the policy.

Meanwhile, a report from the New York Times showed that the Department of Health and Human Services was leading an effort to change the legal definition of sex under title IX to exclude trans people from legal protections.

FX launched Pose, a dance musical program that explored the ball culture of the 1980s. In doing so, the network brought an ensemble of trans performers of color to the small screen to share trans stories. The show has been critically and popularly embraced, and even received five Golden Globe nominations. The show also broke new ground by featuring, for the first time in TV history, an out transgender person has directed a show, with Janet Mock’s making her directorial debut for the show’s sixth episode.

While trans candidates did not perform as well this midterm as they had in the previous election, Question 3 in Massachusetts marked the first time in modern history that trans rights ended up being legislated at the ballot box.

The referendum could’ve potentially removed protections already secured through the state legislature and was viewed as a blueprint for anti-LGBTQ forces looking to pull back trans rights nationwide. It was largely seen as the anti-trans movement’s next step after their 2015 win in Houston gutting the city’s LGBTQ protections.

Thankfully, such was not to be in as Massachusetts as transgender people and their allies reaffirmed the pre-existing law.

Related: The best things to happen to LGBTQ people in 2018

Angela Ponce, a trans woman, took the crown as Miss Universe Spain, allowing her to be the first trans woman to make it to the main Miss Universe competition. Oddsmakers may have placed her as a favorite to win, but she was unable to make it into the top 20. This didn’t stop her from being offered a solo walk to a standing ovation for breaking new ground in the competition for transgender people everywhere.

An unexpected ally in Uruguay

Uruguay became an unexpected ally in the fight for transgender rights, creating some of the most liberal policies for trans people in the world. The law now views treatment options for trans citizens as right, allowing for medical care, including hormones and surgery to be paid for by the government. They also set aside government jobs for transr people and a pension for trans people who survived the country’s past military dictatorship.

Here’s hoping for even bigger and better new year for transgender and all LGBTQ people in 2019.

Looking back at 1968, 50 years later, how much has the US actually changed?

Who were the worst politicians of 2018? The list is practically endless.