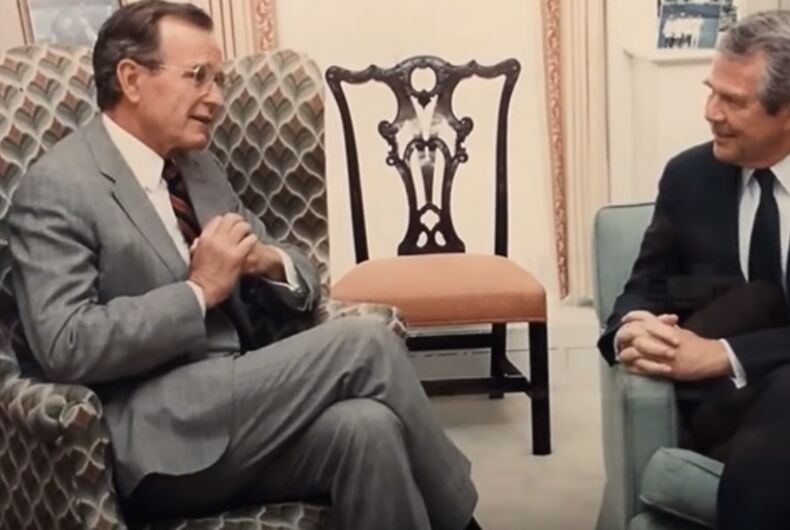 Televangelist Pat Robertson is best known for his kooky conspiracy theories and nutty claims about his close personal relationship with God, but, as one of the founders of the evangelical right’s foray into politics, he’s been tied to Republican presidents for decades.

But now Robertson has let loose with a doozy – especially if it’s true.

He claims that he met with George H.W. Bush in the Oval Office before the launch of the Gulf War. According to his version, he told Bush that the war was blessed by God and it convinced the president to walk into the next room and start the killing.

“He was in the Oval Office and just at that time, his representative in Geneva had been meeting with a representative of Saddam Hussein and the talks had broken down,” Robertson told his viewers.

“I said, ‘Mr. President, I’ve got a word from the Lord for you.’ He said, ‘What is it?’ I said, ‘There is going to be a war, it is going to be enormously successful, you’re going to be hailed as a great military leader, and your success is going to go through the roof.’”

The two prayed together, Robertson said, and “asked for God’s anointing and his wisdom on this man, and he went from there into the Cabinet Room and they launched the Gulf War.”

Police need help in the murder of a Baltimore trans woman