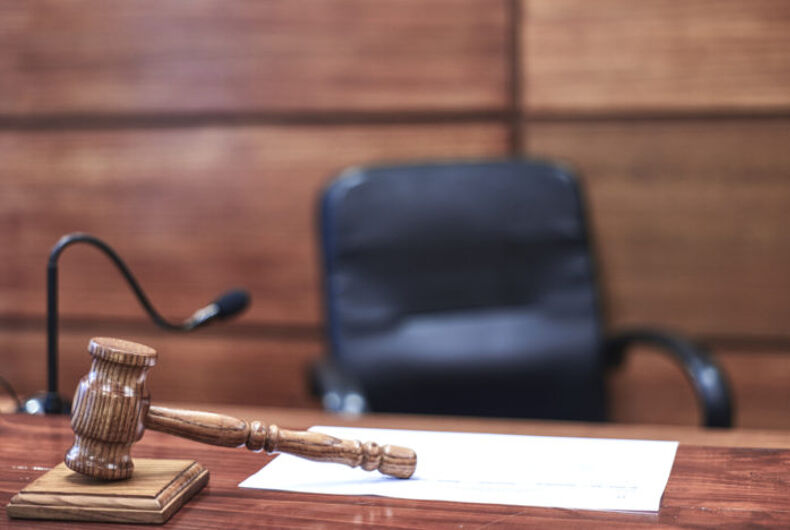 A judge who refused to perform marriages for same-sex couples won’t face any charges after an ethics investigation.

Earlier this year, the LGBTQ organization Fairness West Virginia conducted a survey with judges in the state about marriage.

Mineral Circuit Judge Lynn Nelson was the only judge who openly admitted to discriminating by refusing to perform their marriages.

Fairness West Virginia then filed a complaint with the West Virginia Judicial Investigation Commission, and Nelson agreed that he was discriminating.

“It’s against my religious beliefs,” he said. “I’ve allowed same-sex couples to adopt children in my courtroom. I’ve given them their children back in abuse and neglect cases. On divorce appeals, I’ve handled them just like everybody else, but I’m just not interested in getting them married.”

“The Supreme Court told me I didn’t have to marry anyone I didn’t want to,” he added.

In response to the complaint, Nelson said that he wouldn’t perform any more marriages.

The Commission accepted this compromise and let him off with a warning.

“After careful review and full discussion of your complaint, the Commission has voted to dismiss the matter with a warning to Judge Nelson,” the Commission stated in a letter to Fairness West Virginia.

“It appears the judge is willing to deny this service to everyone so as to avoid providing equal treatment to gay and lesbian couples,” said Andrew Schneider, executive director of Fairness West Virginia.

“Private citizens like clergy are free to choose who they marry or refuse to marry, but public officials must treat everyone the same, by law.”

3 blindfolded queer Mongolians asked for hugs on the street. Something amazing happened.