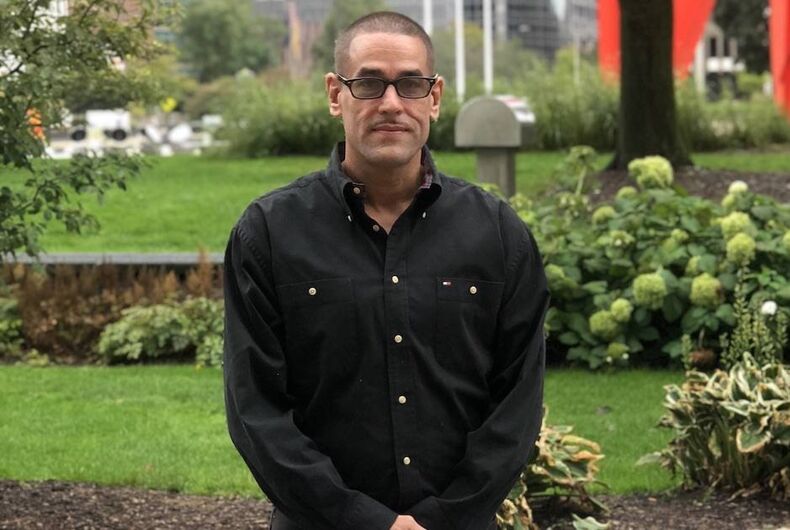 Decades after fears of HIV spreading via casual contact have been abated, inmates with the virus still face greater punishments than those without it.

Take the case of John Dorn. In 2012, Dorn was accused of having oral sex with another inmate, and both he and his alleged partner were punished under Michigan’s then-current policies for HIV positive inmates.

While the other inmate saw his privileges revoked for a mere 30 days, Dorn was put in solitary confinement for almost a year. This meant he was locked in his cell, away from the rest of the prison population for 23 hours a day.

Free since 2014, Dorn sued Michigan over his treatment, with the Michigan Department of Corrections agreeing to a settlement this November that forced an update to the policies that kept Dorn in solitary confinement.

“While this outcome has taken many years to achieve, it was worth the fight,” said Dorn in a press release from Lambda Legal. “I lost over 21 months of my life to solitary confinement for no good reason because of the prior MDOC policy directive. No human being should have to endure that type of punishment.”

“In my case, the directive that led to nearly two years of isolation was based on old science,” Dorn added. “It was also based on a presumption that did not consider the actual risk of transmission. I am proud that I survived to tell my story.”

“I am also satisfied that I was able to fight for changes in the system that will help other incarcerated people living with HIV in Michigan not experience what I, and others, have.”

The settlement means that inmates in Michigan will have a better chance at fair treatment, being judged on a case by case basis, rather than subjected to a blanket policy of solitary confinement.

Since the settlement, two inmates in Michigan have been removed from solitary confinement as a result of the policy change.

Such policies remain the law in many other prison systems, and will require further reform. This is of particular concern given that the rate of HIV infection amongst inmates is 5-7 times that of the general population, and highest among incarcerated African Americans.

“Updating corrections policies to include the latest science about HIV and its transmission are an important step in the ongoing work of de-stigmatizing HIV,” said Scott Schoettes, Lambda Legal Counsel and HIV Project Director.

“Like state laws that unjustifiably criminalize the sex lives of people living with HIV, these policies in correctional settings have not kept up with the science and the benefits of consistent medical treatment, which makes it impossible to transmit HIV.”

Only a year after HIV was discovered, almost every state prison system began to quarantine inmates who were HIV positive, assuming that they could spread the virus throughout the prison.

Since then, as science has shown that HIV is only transmitted via sexual contact or blood, prisons have largely backed off from fully quarantining their HIV positive inmates. The last state to quarantine was South Carolina, who discarded the policy in 2013.

The reason for this is simple: because HIV can lead to lifelong consequences, including death, an inmate who is HIV positive is viewed as inherently more dangerous, and actions they take that put other inmates in danger are given a harsher penalty.