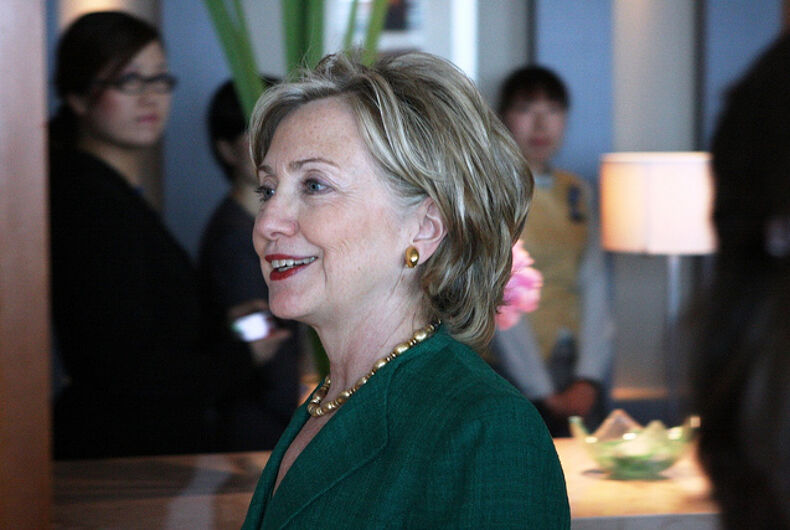 U.S. Secretary of State Hillary Rodham Clinton prepares to deliver remarks at a press briefing addressing the Cheonan incident in Beijing, China, on May 23, 2010. Photo: US State Department

Eight-year-old Martha Kennedy Morales recently ran for class president at her elementary school. Though she lost to a boy—by one vote—the election had some positive outcomes. One of them was a surprise letter from a woman she personally admires: Hillary Clinton.

In a letter to Martha, Clinton shared her pride in the third grader and underscored the importance of pushing forward and learning from a difficult experience.

“As I know too well, it’s not easy when you stand up and put yourself in contention for a role that’s only been sought by boys,” Clinton wrote in the letter.

Clinton, the first woman to be a major party presidential candidate in the US, won the popular vote in 2016 by several million votes but lost in the electoral college to Donald Trump.

Martha’s father, Albert Morales, had been updating friends about his daughter’s campaign. Soon more and more people were following the election and they were getting invested.

When she lost the race, he posted that too. A friend of Clinton’s saw it and showed it to her.

That’s when Clinton decided to write Martha a letter of support.

“I learned from your father, Albert’s post on Facebook about your election experience running for Class President,” Clinton wrote. “Congratulations on being elected Vice President!”

“While I know you may have been disappointed that you did not win President, I am so proud of you for deciding to run in the first place. As I know too well, it’s not easy when you stand up and put yourself in contention for a role that’s only been sought by boys.”

“The most important thing is that you fought for what you believed in, and that is always worth it,” Clinton continued.

“As you continue to learn and grow in the years ahead, never stop standing up for what is right and seeking opportunities to be a leader, and know that I am cheering you on for a future of great success.”

Martha’s parents say she was “happy and excited” to get the letter.

“My mom was just picking me up from school, and she pulled the letter out of her purse,” she told the Washington Post. “I opened it up, and it was a letter from Hillary Clinton. I was very surprised.”