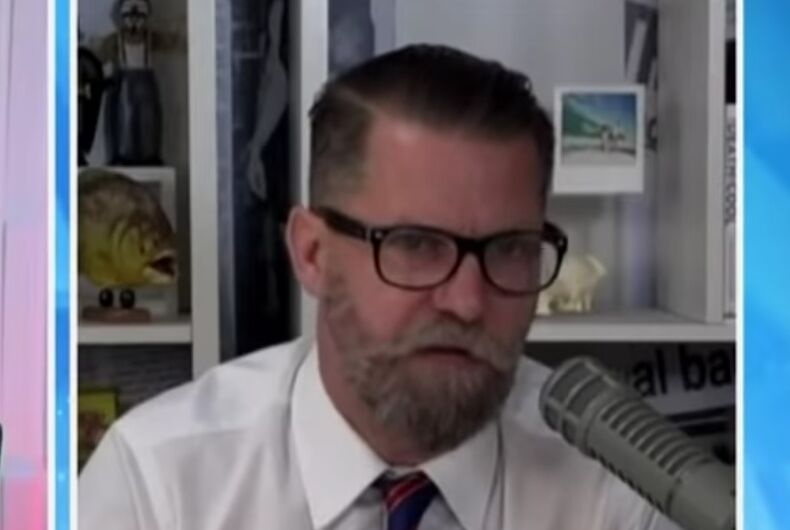 Gavin McInnes, famous for co-founding Vice and founding the Proud Boys, said it should be a “hate crime” to punch a Nazi.

The Proud Boys got national media attention in October when they beat up a man in New York City while calling him a “faggot.”

On his webcast CRTV, McInnes’s producer Ryan Katsu Rivera said that he was called a “Nazi” at a restaurant.

McInnes said that it was an “epithet” and Rivera said it was “the worst thing” a person could be called.

“How is ‘Nazi’ not as bad as ‘faggot?’” McInnes said, making the very old argument that being called a bigot is the worst form of bigotry there is.

“I think they’re both pretty bad,” McInnes continued. “Like, say you beat up a guy and you were screaming ‘Nazi’ as you beat him up. Couldn’t you argue that’s a hate crime?”

“Because when you beat up a gay guy and you say that word, the f-word, it’s seen as homophobic because he’s not that word, he’s a homosexual, not a f-word,” he said.

“So if you’re getting beat up, and someone says ‘Nazi’ — you’re obviously not a Nazi — then they’re using a derogatory word and they’re using ideology to beat you up, to justify it. So, it sounds like the same thing to me.”

Except, no, that’s not how it works.

Moreover, Nazis aren’t a protected class, because protected classes are groups of people who could contribute meaningfully to society but who are targeted for discrimination because of stereotypes.

So if someone punches McInnes while calling him a Nazi, they’ll get prosecuted for assault against one person, not an act of terror against the entire Nazi community.