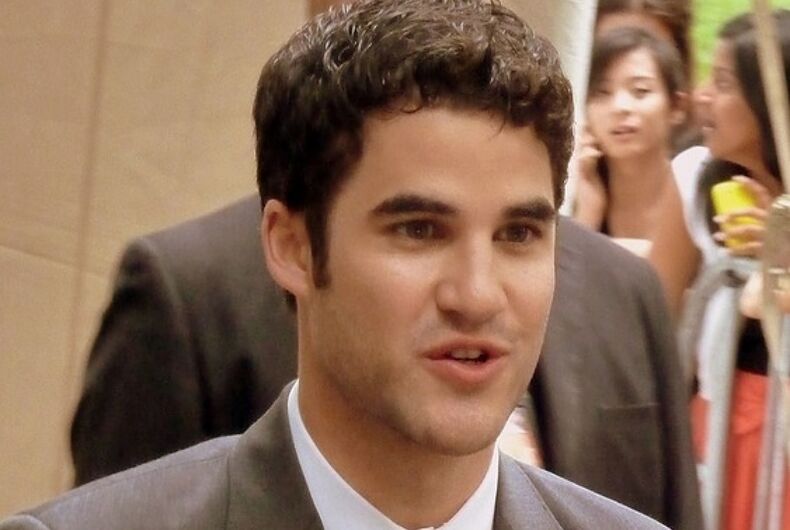 Actor Darren Criss said that he’s not going to play gay men anymore because he doesn’t want to deprive gay actors of work.

Criss is perhaps best known for playing two gay roles: first Blaine Anderson in Glee and then Andrew Cunanan in American Crime Story: The Assassination of Gianni Versace. He won an Emmy for the latter role.

He also played Hedwig in Hedwig and the Angry Inch on Broadway.

Criss said that it is “a real joy” to play a gay role, but he doesn’t want to take roles away from gay actors.

“There are certain [queer] roles that I’ll see that are just wonderful,” Criss told Bustle.

“But I want to make sure I won’t be another straight boy taking a gay man’s role.”

Related: Scarlett Johansson will play a trans man, but she doesn’t get why people are mad

His comments come a year after an article in them. about what writer Seamus Kirst called Hollywood’s “Gay for Pay Problem.”

A 2013 survey found that a majority of LGBTQ SAG-AFTRA members believe that producers and directors are anti-LGBTQ, and over 30% of straight respondents agreed.

Over half of the LGBTQ respondents had “heard directors and producers make anti-gay comments about actors.”

“If you’re known as a straight guy, playing a gay role, you get rewarded for that,” actor Colin Firth said in a 2010 interview.

Kevin Spacey is set to be charged with sexual assault, so he released a bizarre video