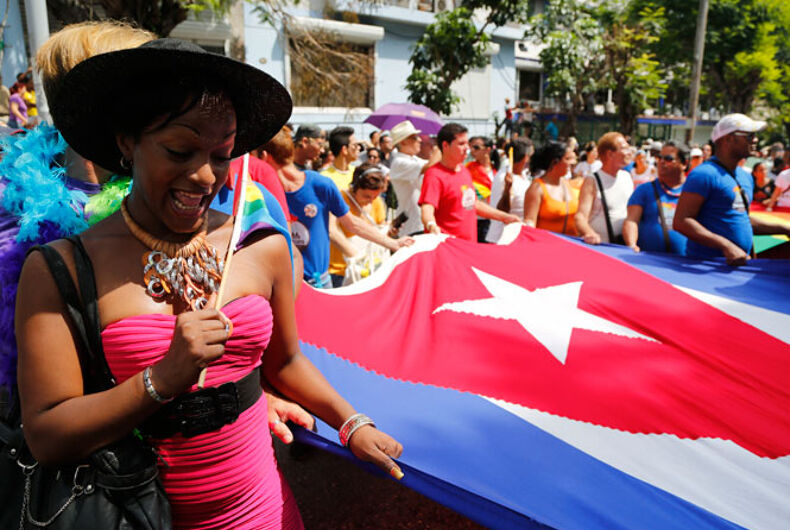 Support for marriage equality has been removed from the draft constitution that Cuba is considering after a massive backlash.

Earlier this year, the National Assembly in Cuba approved a version of the constitution that defined marriage as “the consensual union of two people, regardless of gender.” The line in Article 68 was hailed as “marvelous” by LGBTQ advocates.

But the sentence also drew ire from straight people. State media said that 192,408 comments were left on that article, almost all of them asking for the definition of marriage to be removed.

Evangelical churches also organized protests of the language at public meetings about the new constitution.

A gay blogger that The Guardian talked to, Francisco Rodriguez, praised the change because at least the constitution doesn’t directly say that same-sex couples cannot marry, leaving open the possibility of fighting for marriage equality.

“This was a side step,” he said. “It’s a solution. Not ‘between a man and a woman’ or ‘between two people.’ Now is when it all begins.”

Article 40’s ban on discrimination based several factors, including sexual orientation and gender identity, remains in the proposed constitution.

Why do patients with HIV have higher rates of cancer?

The first ‘Christian airline’ is about to take off. Will it be used to spread anti-LGBTQ hate?