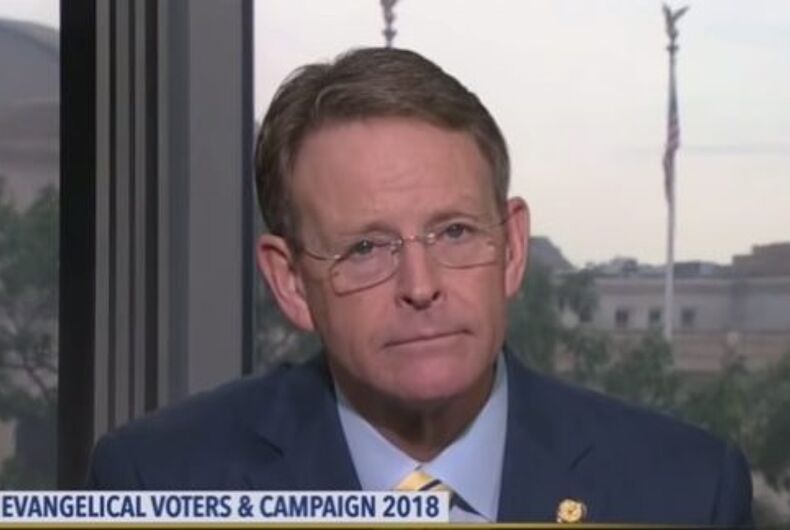 The Christian conservative organization Family Research Council is getting ready to campaign against all anti-discrimination legislation for LGBTQ people as Democrats take back the House of Representatives.

So the Southern Poverty Law Center-designated hate group released a paper entitled “Why ‘Sexual Orientation’ and ‘Gender Identity’ Should Never Be Specially Protected Categories Under the Law,” which provides talking points for opposing anti-discrimination legislation.

Related: Tony Perkins longs for the days when he could have LGBTQ people jailed

But at the end of the document, FRC argues that the laws can even turn people gay or transgender.

The document says that anti-discrimination laws “‘legislate morality’ — the ‘morality’ of the sexual revolution. They send the message that it is morally wrong to disapprove of homosexual or transgender conduct.”

“For such laws to be endorsed by citizens who believe that it is morally wrong to engage in homosexual or transgender conduct is a logical contradiction,” the document says. “The law is a teacher, and it is fundamentally unloving to ‘teach’ our neighbors that they will find happiness by engaging in unnatural sexual conduct or by adopting a gender identity inconsistent with their biology and genetics.”

The document also takes aim at religious exemptions, saying that they “may not protect the conscience rights of individual Christians, Jews, Muslims, and others.”

Nancy Pelosi has said that Democrats will press for the Equality Act in the upcoming congressional session; it would add sexual orientation and gender identity to the Civil Rights Act of 1964. The arguments from this document could end up being parroted in mainstream media debates about the bill.

Donald Trump has constructed walls all his life. It’s what he’s good at doing.