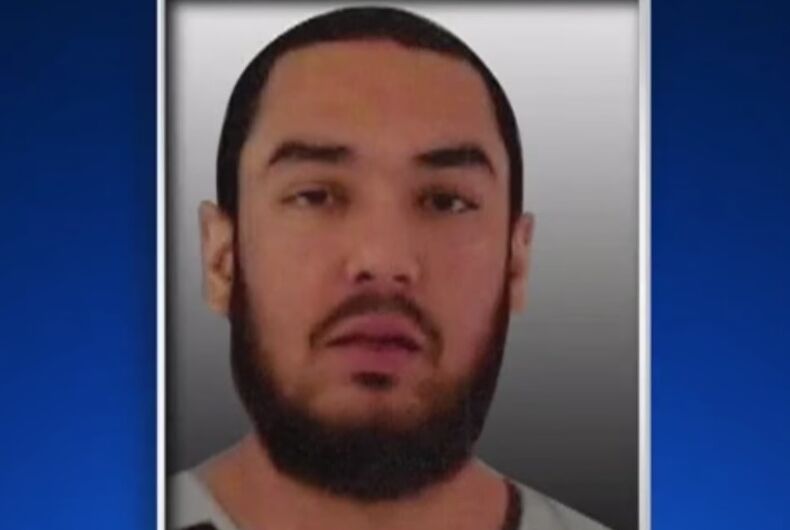 A man who was protesting a “Breakfast with Santa” at a church was arrested for trespassing this weekend.

Police say Aaron Urbanski, 31, was protesting at the St. Mark United Methodist Church in Cleburne, Texas. The church was hosting a “Breakfast with Santa” to raise money for underprivileged kids.

Urbanski and two other men were demonstrating in front of the church, telling kids who were going in that Santa is “fake.”

Cleburne police officer Brian McQueen said that the protesters were on church property and that they were asked to leave “multiple times.” The two other men left, but Urbanski refused.

Related: Now this is how you troll an antigay street preacher

Urbanski has a history of protesting LGBTQ events, according to his Facebook page. He says he protested Ft. Worth Pride:

Some pictures from the 2018 Ft. Worth Gay Pride Parade. It wasn't as crowded as the others we went to. Someone came up and pushed over our half mile hailer. Lord have mercy on these lost souls!

Heather Johnson, who took her kids to the church, said two of the men were holding signs.

They confronted her as she was going into the church and allegedly said, “Do you let your kids believe in a fake Santa or do they know who Jesus is?”

“When I told them not to ruin Santa and Christmas for my kids they started to shout out that Santa was not real and that I was wrong for teaching them that,” she said. “I got really verbal with them over it.”

No bond has been set for Urbanski.

Jerry Falwell Jr & his wife met a young pool boy on vacation. Then they started ‘helping’ him.