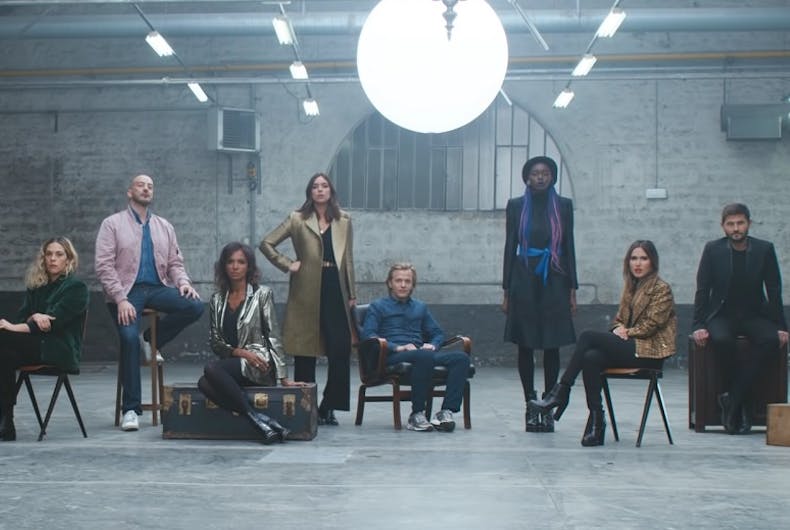 70 French celebrities appear in the song “De l’Amour” (“Love”), in an effort to raise awareness of anti-LGBTQ violence.

The song will raise money for the organization Urgence Homophobie.

The people who appear on the song and the video are well known in France, and include singers like Christophe Willem, actors like the cast of the hit series Dix pour cent, and even political figures like Christiane Taubira.

“The president of the organization, Guillaume Melanie, asked me to write it,” said songwriter Patxi Garat, who appeared in a season of the reality singing show Star Academy.

“He said, ‘Listen, write a song that can get artists, public figures, actors, and singers together to just say that everyone has the right to love as they want to.”

The song’s lyrics are about Azamat, the first gay Chechen refugee that France welcomed in 2017 in response to reports of massive anti-gay violence in the Russian republic.

The video shows images of “Manif pour tous” protestors, people who mobilized against marriage equality when France moved to legalize it several years ago, as well as an anti-gay attack.