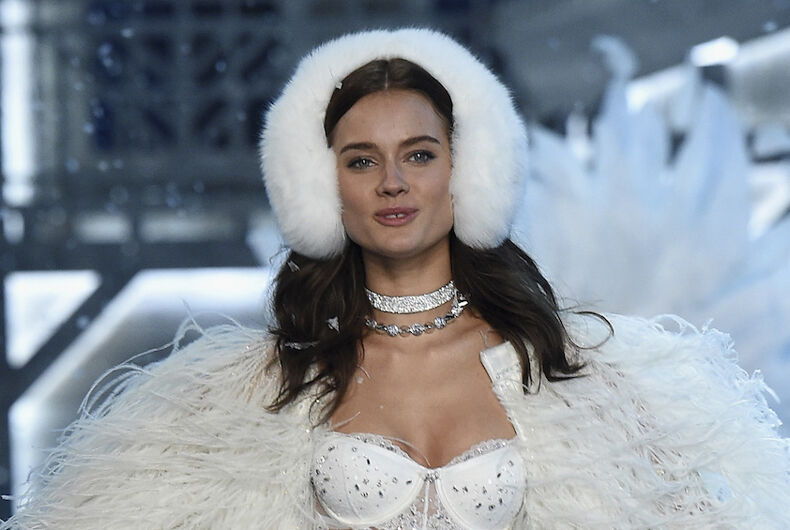 The CEO of the women’s lingerie company Victoria’s Secret has resigned following transphobic comments made earlier this month by the company’s CMO.

In a November 8 interview with Vogue, the company’s chief marketing officer Ed Razek was asked what he thought of younger consumers requesting larger sizes and trans women to be included in the company’s fashion shows.

Razek’s comment implied that trans and large-bodied women aren’t part of anyone’s fantasies. His use of the outdated term “transsexual” also offended some commenters. One Australian supermodel even called for a boycott.

Related: Journalists’ listserv shows how prevalent transphobia is in the media

The following day, Razek issued this apology: “My remark regarding the inclusion of transgender models in the Victoria’s Secret Fashion Show came across as insensitive. I apologize. To be clear, we absolutely would cast a transgender model for the show. We’ve had transgender models come to castings.… And like many others, they didn’t make it.… But it was never about gender. I admire and respect their journey to embrace who they really are.”

This last Wednesday, Victoria’s Secret’s CEO Jan Singer unexpectedly resigned. While neither Singer nor the company provided an explanation, the company’s stock price has dropped more than 40% during her two-year reign.