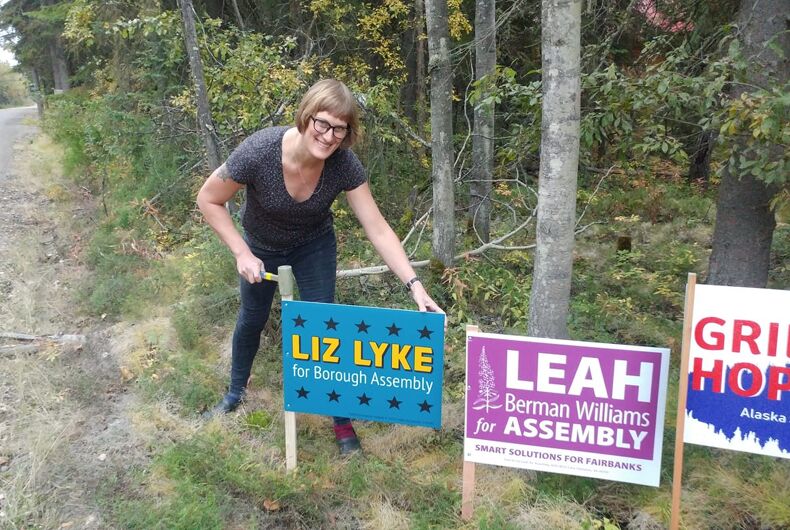 Alaska’s interior has turned out to be an unlikely place to find some big political gains, as two trans women end up in elected office.

During the state’s municipal elections, held in October, Liz Lyke and Kathy Ottersten won in their respective races. Lyke to the North Star Borough assembly in Fairbanks, while Ottersten was elected to the Fairbanks city council.

Both candidates had to navigate their identities as transgender women in the election in the state that brought us Sarah Palin, but both stress that being trans is simply another facet of their life.

“What I would like is basic indifference,” said Otterstan to KTVF in Fairbanks. “I’m AB blood type, I would like it to be about important as that.”

“But the problem still remains, every doctor I might see will know don’t transfuse me with something wrong if you have AB blood and need a transfusion, but they know nothing for the most part about people who are transgender.”

Added Lyke, “This person isn’t just a Republican or Democrat, they also care about this thing or that thing, they volunteer to do this. We see people in their whole entirety which is really important and I think that’s what people did with Kathy and I, like ‘Oh yeah I see more than this one thing’.”

Both have been sworn into the offices, with Ottersten serving a one-year term and Lyke serving three.

Is Alan Turing about to become the face of the UK’s new £50 note?