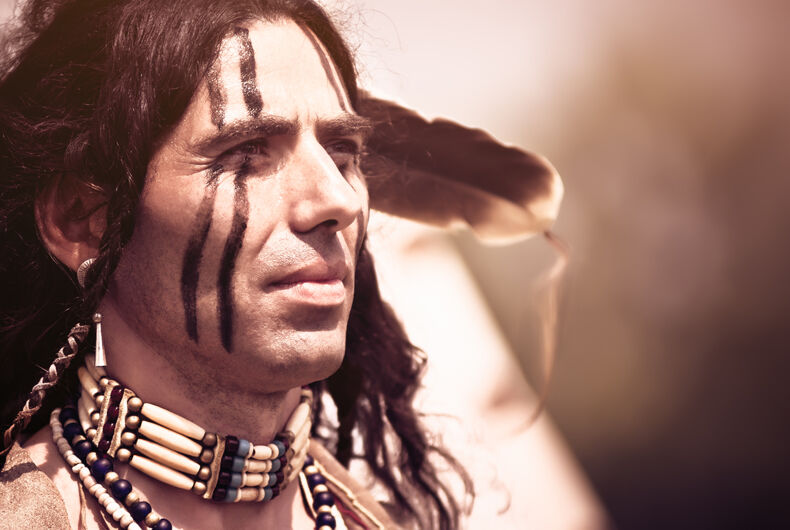 Thanksgiving is an excellent time to give a closer look at the rising escalation of hate crimes in America – both its origin and its legacy.

The Pilgrims’ fervor for religious liberty was devoid of an ethic of accountability, and their actions did not set up the conditions requisite for moral liability and legal justice. Instead, their actions brought about the genocide of a people, a historical amnesia of the event, and an annual national celebration of Thanksgiving for their arrival.

Since 1970, Native Americans have gathered at noon on Coles Hill in Plymouth to commemorate a National Day of Mourning of this U.S. holiday.

For the Wampanoag nation of New England, this national holiday is a reminder of the real significance of the first Thanksgiving in 1621 as a symbol of persecution and genocide of their ancestral nation and culture as well as their long history of bloodshed with European settlers.

“It is a day of remembrance and spiritual connection as well as a protest of the racism and oppression which Native Americans continue to experience,” reads the text of the plaque on Coles Hill that overlooks Plymouth Rock, the mythic symbol of where the Pilgrims first landed.

The United American Indians of New England (UAINE), a Native-led organization of Native people supporting Indigenous struggles in New England and throughout the Americas, as well as the struggles of communities of color, LGBTQ communities, and people of various faith traditions and practices.

“Most pilgrims would have died during the harsh winter had it not been for the open arms of the Native Americans,” Taylor Bell wrote in “The Hypocrisy Of Refusing Refugees at Thanksgiving.”

America’s legacy of hate crimes today is the consequence since the genocide of Native Americans.

Many folks who lived through the black civil rights era say Trump’s presidency is as horrific – if not worse – than when unabashed Southern segregationists like Alabama’s Bull Connor, South Carolina’s Strom Thurmond, and Alabama’s George Wallace were alive.

Brian Levin, Director of the Center for the Study of Hate and Extremism stated in an interview with the Southern Poverty Law Center that back in that era “there was a line that wouldn’t be crossed with regards to over-the-top bigotry.”

The lack of leadership from Trump and the Republican party have assisted in the indifference in not calling out bigotry. The Charlottesville riot by white supremacists that took place last summer is an example.

The false equivalence of Trump’s remark blaming “many sides” rendered the perpetrators as victims, too. And, by condemning counter protesters similarly as white supremacists and swastika-wielding neo-Nazis at the rally, Trump suggests both groups are at fault, and one is equally in the wrong as the other.

The hyperpolarized time we’re in – both socially and politically – where the truth competes with revisionist history, contributes to the escalation of hate crimes. Americans have not stopped fighting the Civil War.

Boston-born White House chief of staff John Kelly sounded like a die-hard Lost Cause apologist when he told Laura Ingraham on her Fox News show that he viewed Confederate general Robert E. Lee as “an honorable man” and that “the lack of an ability to compromise led to the Civil War.”

Kelly’s false equivalence minimizes the moral turpitude of the Confederacy’s continuation of chattel slavery as a central pillar to their Southern way of life.

Hate, many would argue, is embedded in the very fabric of what makes America, America. The fissures and cracks targeting people because of gender, race, nationality, religious, sexual orientation, and gender identity, and party affiliation, to name a few, must stop.

We are the legacy of centuries of hate, violence, and discrimination. Thanksgiving should be a reminder of that.

It is in the spirit of our connected struggles for life, liberty and the pursuit of happiness that we not solely focus on the story of Plymouth Rock, but instead, as Americans, we focus on creating this nation as a solid rock that rests on a multicultural and inclusive foundation.

A man was arrested at Pride for stripping down to his underwear. Now he faces 6 months in jail.