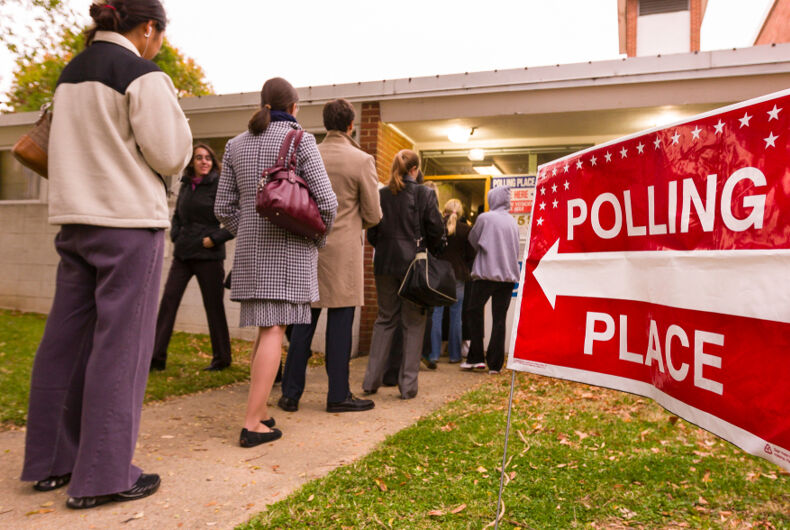 While many midterm observers are focused on whether Democrats will retake the House or Senate, there are a handful of progressive ballot measures worth watching on issues like legalized weed, minimum wage increases, abortion, voting rights and more.

Here’s a quick rundown of progressive ballot measures worth watching on election night.

Michigan’s Proposal 1 and North Dakota’s Measure 3 could both legalize recreational cannabis. In addition, Missouri, Oklahoma and Utah all have ballot initiatives that would legalize medical marijuana, though Missouri’s ballot will have three different options that would tax it at different rates and allocate the revenue for different purposes, like law enforcement and health research.

Right now, the federal minimum wage is $7.25 an hour. Arkansas and Missouri are both considering minimum wage increases to $12. Arkansas’ Issue 5 would raise it to $12 by 2021. Missouri’s Proposition B would raise it to $12 by 2023 and then increase or decrease that wage according to the Consumer Price Index, an economic measure of how much Americans spend on common grocery items and other services.

Alabama’s Amendment 2 and West Virginia’s Amendment 1 would amend their state’s constitutions to say that citizens have no constitutionally protected right to an abortion and that nothing requires the state to fund abortions.

It’s unclear just how much these amendments fly in the face of the U.S. Supreme Court’s 1973 Roe v. Wade decision granting women the constitutional right to abortion access. Opponents of Alabama’s Amendment 2 say that the law could be used to criminalize miscarriages and non-viable embryos in in vitro fertilization.

Oregon’s Measure 106 would prohibit public funds from being spent on abortions, “except when medically necessary or required by federal law.”

Six states are considering adding a collection of constitutional protections for the victims of crime, collectively called Marsy’s Law, named after Marsy Nicholas, a woman who was stalked and murdered by her ex-boyfriend.

Florida, Georgia, Kentucky, Nevada, North Carolina and Oklahoma are all voting on whether to add Marsy’s Law to their state constitutions.

Right now, five states have Marsy’s Law in their constitutions. Interestingly, the ACLU actually opposes Marsy’s Law because they say it is so vaguely written that it could impinge on the civil rights of accused criminals and cause states to ignore better ways to protect victims.

Florida’s Amendment 4 could reinstate the vote for 1.5 million disenfranchised felons who’ve their voting rights perpetually suspended despite having served their time.

Louisiana’s Amendment 1 would prevent convicted felons from running for public office five years after the release.

Arkansas, North Carolina, North Dakota are all considering voter restriction amendments. Arkansas’ Issue 2 and North Carolina’s Voter ID Amendment would both require ID for voting. North Dakota Measure 2 would add a line to the state constitution saying that only U.S. citizens can vote in elections.

Meanwhile, Colorado, Michigan, Missouri and Utah are all voting on measures that would create independent or nonpartisan commissions to draft and instate maps of state voting districts, presumably to prevent gerrymandering. The composition of these commissions would vary from state to state.