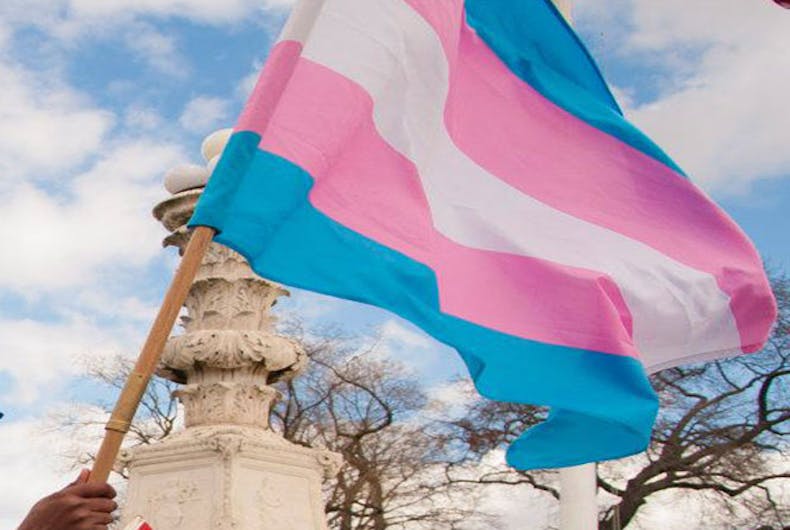 To Madeline Snyder, updating her ID to reflect her gender identity seemed like an insurmountable task just two years ago, when local activist Hannah Morris tried to convince her to finally do it.

“As a trans person, you sort of always feel like you have a target on your back,” she said. “Anything you can do to reduce that sense of being different can help make you more safe.”

The issue is that it would be hard and expensive.

Tyler, Texas, at 100,000 residents is the biggest city in Smith County in eastern Texas. The county is conservative and elects convservative judges, and resources for transgender people are thin.

The process for updating ID varies from state to state, and Texas is one of the worst. The National Center for Transgender Equality gave the state an “F” because it’s so hard to update a driver’s license there.

Morris and Snyder knew someone who updated his ID in Tyler, and the “frustrating and confusing” process took him eight months and cost $1000.

Morris suggested running a GoFundMe page to get the necessary money to update her documents. Snyder agreed, but she wanted to include as many people in Tyler as possible so that they could do it all at once.

They found three other trans people in Tyler who wanted to update their ID’s and raised $4000 through a GoFundMe page entitled “Safe IDs for Maddie.”

“I marketed it by saying, look, we’re all seeing hate crimes go up after the election,” Morris told the Texas Observer. “We can keep our friends safe by making sure their first line of defense is an ID that matches what they look like, and what their name is, when they get a prescription filled or use their debit card.”

The group enlisted the help of a pro-bono attorney in Dallas as they got their paperwork together. They needed fingerprint cards, background checks, petitions, letters from medical professionals, and other documents, as well as money for court fees.

They decided to go through the Dallas court system, since Smith County is so conservative and Texas state law doesn’t prohibit trans people from going to another county to update their ID.

In 2017, the three other trans people in the group had their petitions approved, but Snyder was unlucky.

She showed up to her court date, but the judge who had approved the others had the morning off. Another judge filled in, and she wasn’t familiar with this part of Texas law.

“She was asking, ‘Why are you not doing this in Smith County, where you live?‘” Snyder said. “That’s when I knew it probably wasn’t going to happen.”

The judge said she didn’t feel “comfortable” approving Snyder’s petition, so she left without updated ID. She could file again, but she would have to start the process all over – her fingerprint card and other documents would be outdated.

But her community wasn’t going to give up.

“This whole thing started with Maddie, so there was no way we weren’t going to finish her case,” Morris said. She raised another $1300, and she planned to hire a dedicated lawyer who was experienced with trans law this time.

Snyder met with the lawyer before her court date.

“She really put me at ease,” Snyder said about the new lawyer.

“It almost felt run of the mill. We walked in with all of our forms, didn’t really have to explain anything, and walked out with a signed court order. I gave that lawyer a huge hug and said, ‘Thank you.’”

Snyder feels like “a huge weight lifted off my shoulders.”

She has now been taking more of a leadership role in the local trans community.

“Last week I was a counselor at a camp for trans- and gender-nonconforming kids,” she said.

“I feel like I’m still pretty young and new to all this, so it’s been a humbling experience to assume more of a helping role. Just a few years ago, I was trying to find the courage to come out. Then, all of these people shared money and resources to help me get something that makes me more safe every day. Now, I’m getting to contribute and give back. It’s all still kind of sinking in.”

What would the new & improved Republican Jesus do?