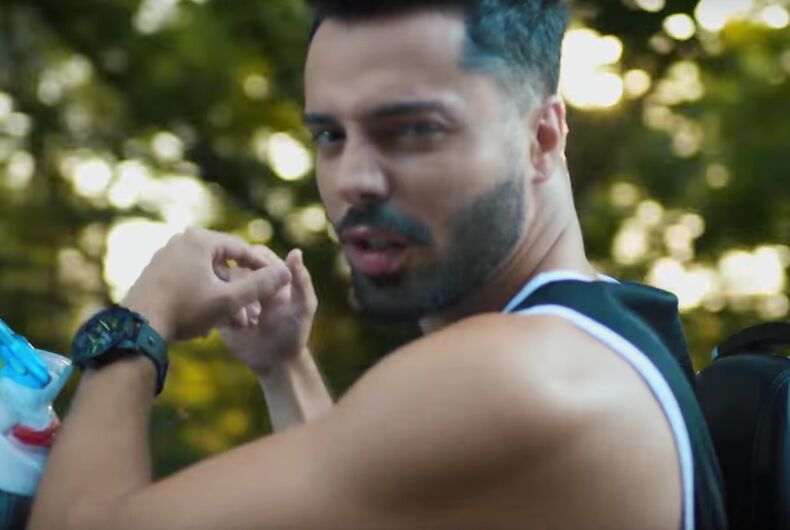 Over 50 men have filed criminal complaints against pop singer Bulut Duman for allegedly using their sexual orientation to blackmail them over the last several years.

The complaints have been filed in several provinces in Turkey by government workers, engineers, doctors, and even the nephew of a former Minister.

Most of the victims say that they met Duman, 28, through dating apps. After meeting them for sex, they say that he then threatened to share evidence of their sexualities to extort money from them.

Related: Charlie Sheen says he’s been HIV-positive and getting blackmailed for years

Another victim, who works in finance, said that he refused to give Duman any money, so the pop star created a Facebook account and used it to share pictures with the victim’s coworkers. He resigned after having his sexuality exposed.

One victim jumped into the sea in Istanbul in an apparent suicide attempt but was saved by fishers.

According to the complaint from the nephew of former minister, Duman met the victim at the victim’s apartment in 2014. The next day, Duman allegedly showed up at the apartment again with naked pictures of the victim and threatened to send them to his family. The victim paid him 5000 Liras (about $900).

Several of the complaints have already been prosecuted. Duman was convicted of fraud in one Istanbul case and sentenced to one to five months of prison. He is currently appealing the decision.

He was also convicted of fraud in two cases in Küçükçekmece and sentenced to one year and three months in prison. An appeals court already upheld the ruling, but he is still appealing.

Court documents show that Duman was acquitted in another case. Other complaints are either pending charges or have not led to prosecution due to a lack of evidence.

Duman says, though, that he’s the one being blackmailed.

“Most of the complainants know each other,” he told Hürriyet Daily News. “They are the ones who blackmailed me.”

“I am not a member of any gay dating websites. The allegations against me are ugly. I am a pedagogical expert and I have filed countersuits.”

Duman, who was born in Germany, has had two studio albums and his videos on YouTube have millions of views.

A drag king in Hawaii performed in blackface. In 2018.