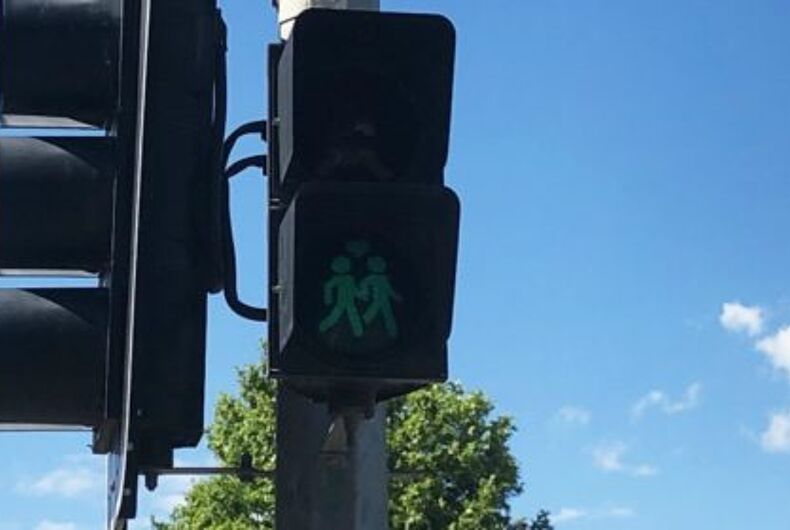 Canberra, the capital of Australia, is putting up “same-sex crosswalk signals” to celebrate the one year anniversary of the country’s vote to legalize same-sex marriage.

Eight of the new signs have been installed in the Braddon suburb, the area of the country with the highest population of LGBTQ people.

“This first location was selected because Braddon has distinctively been the place of celebration for Canberra’s LGBTIQ community,” City Renewal Authority (CRA) Malcolm Snow said. “A year ago we saw this area filled with people, colour and joy after the country voted overwhelmingly in favour of marriage equality.”

Related: These cities are getting rainbow crosswalks to celebrate LGBTQ pride

Many cities worldwide have installed rainbow colored crosswalks to celebrate LGBTQ pride. Some only last during pride season, but others have made the colorful walkways permanent.

Denver, Phoenix, and Orlando have installed the crosswalks recently. The one in Orlando is directly across from the former site of Pulse nightclub, the site of one of the country’s worst mass shootings.

A crosswalk painted in the colors of the transgender flag was installed in Calgary, Canada.