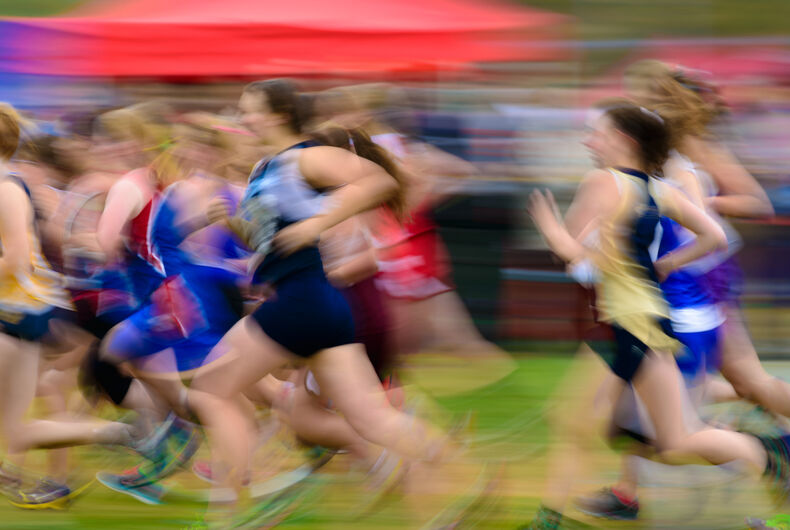 Emily Scheck, a 19-year-old cross-country runner for Canisius College in Buffalo, New York, was disowned by her parents when they discovered she is a lesbian.

Her mother discovered photos on social media of Scheck and her girlfriend and following a series of disturbing and hateful texts, she was given an ultimatum. She had to drop out of college and forfeit her scholarship, return home, and undergo “ex-gay” conversion therapy, or they would disown her.

When Scheck refused to drop out of college, her father drove to the school and dumped all her stuff from childhood – even her birth certificate – in her car and took the license plates. They’d already taken her off their insurance.

“Well, I am done with you,” Scheck’s mom texted her daughter, the Buffalo News reported. “As of right now, declare yourself independent. You are on your own. Please don’t contact us or your siblings.”

Left with $20 in her pocket and no textbooks, Scheck lived off the kindness of her roommates and girlfriend. She went to school, kept practicing for the team, and worked two part-time jobs.

“I never would have guessed in a million years that this was something that was going to happen to me,” she told the News. “My roommates, they started crying. Me too.”

Her roommate started a GoFundMe for Scheck that quickly went viral, raising over $50,000 to help pay for her expenses. And that’s when things got worse.

The NCAA has a strict policy about student athletes receiving money for playing. While college sports stars bring in millions of dollars for colleges and the sports authority, the prohibition on financial compensation is how they prevent the players from demanding payment.

The NCAA gave Scheck another ultimatum. She had to return all of the money or lose her eligibility to play sports at the college. Scheck had no choice; she would stop playing college sports so she could afford to live.

After the word got out of the NCAA’s insult added to her injury, a public outcry has forced them to re-evaluate the situation and as the outrage grew, they’ve retracted their demand. Scheck will be allowed to keep the money that she needs to stay in school – and she can continue playing sports.

“Canisius and the NCAA will continue to work together in support of Emily,” the university said in a statement. “She is a member of the Canisius family and we will to do whatever we can to assist her.”

Scheck reports that her family has started going to therapy to learn how to deal with their daughter’s sexuality, but they haven’t reunited. Her father told the newspaper that there was more to the story than Scheck had shared, of course.

“I’ve got to give them something if they’re going to therapy and working on themselves,” Scheck told the student newspaper. “I hope to someday have a relationship again, whatever that means.”

Emily Scheck can retain her eligibility and continue to receive GoFundMe donations that assist her with living and educational expenses. pic.twitter.com/jut5EjPLnU