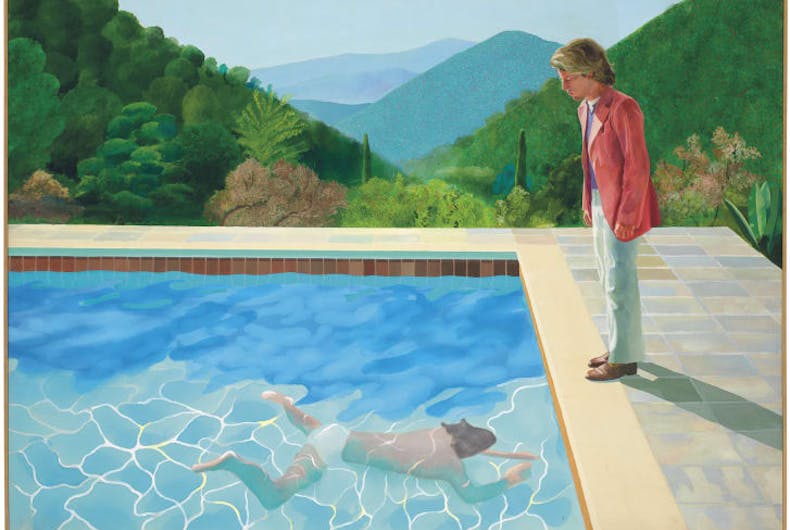 The most expensive work of art by a living artist is now a painting by out artist David Hockney.

Portrait of an Artist (Pool with Two Figures) was sold by the art auction house Christie’s for $90.3 million this week.

The bidding war between two anonymous collectors took place for ten minutes over the phone. Christie’s did not provide the name of the successful bidder.

The painting has now gotten the highest price at auction of any work by a living artist.

Portrait of an Artist (Pool with Two Figures) shows a man in a swimming pool and another man in a red blazer standing by the pool and looking down.

One of the two figures in the 1972 painting is artist Peter Schlesinger, Hockney’s then-lover and “muse” who appeared in several of Hockney’s canvases.