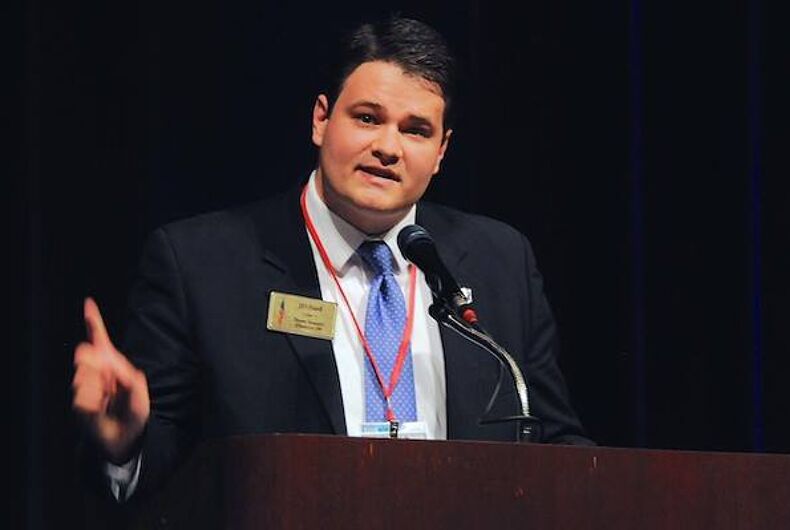 J.D. Ford, an out gay man, has beaten one of Indiana’s most conservative state senators to become the state’s first out state legislator. Ford ran on a decidedly progressive platform.

Republican Mike Delph was the darling of the religious right for his loudmouthed “defense” of marriage between straight people. Delph is so extreme, party leaders removed him from a leadership position in the wake of an intraparty fight over amending the state’s constitution to ban same-sex marriage.

Delph became the focus of the marriage fight in the Indiana General Assembly after a visceral social media battle and subsequent Statehouse news conference where he accused Republican legislative leaders of scuttling a constitutional marriage ban.

“I really do think this means the voters spoke loud and clear tonight that they are looking for new direction and new leadership for our senate district,” Ford told the Indianapolis Star. “I think tonight is a clear indication that Senate District 29 is moving to a more progressive district.”

Ford, a substitute teacher, ran against Delph in the last election and lost. Today is his birthday.