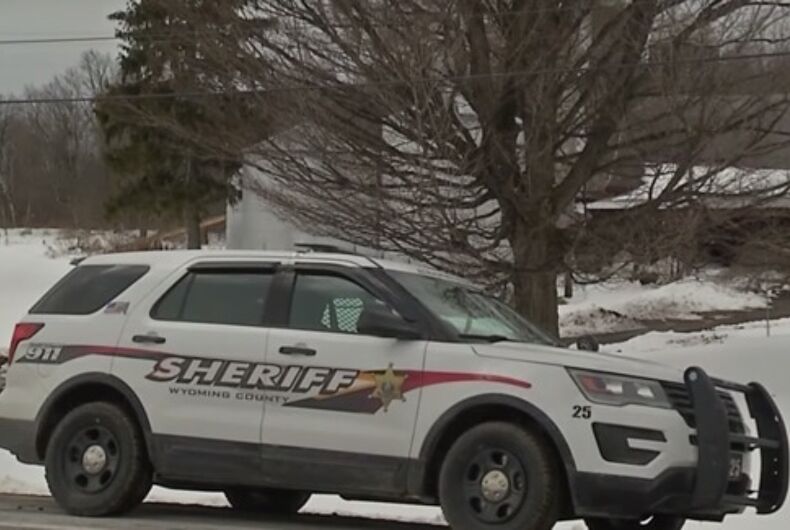 Joseph Mlyniec was a volunteer firefighter, Rotary and Town Board member, and sheriff’s deputy in his small upstate New York hometown. Now he’s been sentenced to 15 years to life in prison for killing his former lover and friend.

Mlyniec had a dirty secret. He would lure troubled young men back to his farmhouse where he would force them to have sex in exchange for food and money.

When his friend, Robert Irvine, got wind of what was going on, Mlyniec panicked. Fearing exposure, he shot Irvine four times in the driveway of his home and called police to confess to the crime.

Mlyniec pled guilty in court this week and Irvine’s friend and family finally got their chance to confront him.

“I hope your demons haunt you for the rest of your life. I hope you never seen the light of day in the free world again. You should be ashamed of yourself,” Kim Schroth, Irvine’s older sister, told Mlyniec. “You’re despicable.”

“Robert was a friend of mine for over 10 years, and I’ll have to live with that burden,” Mlyniec told the court.

Irvine, who was bisexual, had a previous sexual relationship with Mlyniec.