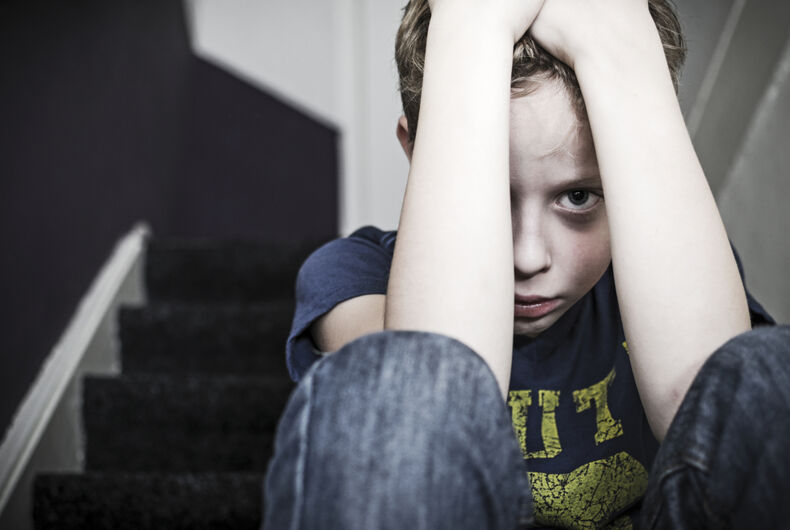 A father was sentenced to five years in prison for forcing his son to have sex with his wife in order to turn the son straight.

Richard Dowling, now 62, admitted in the Reading Crown Court that he participated in the sexual abuse of his son for years “to try and steer him in the right direction and not to go to the way of being gay, because there was like, sort of, tendencies for him to be gay.”

Daniel Dowling, now 36, is telling his story publicly, which started when he was 11. He was playing a board game with his father and his stepmother, Annette Breakspear, and the father suggested that the loser of the game would take off their clothes.

When Breakspear was naked, Richard told his son to touch her body.

“I think that night was a tester of how I’d react because intercourse started after that,” Daniel said.

Later, Richard told Daniel to give his stepmother a “goodnight kiss.” He found her in her room naked and handcuffed to the bed.

“I gave her a kiss and went to leave but she asked me to touch her and to untie one of her hands,” Daniel said. “We had intercourse and Dad came and joined in.”

Richard Dowling and Breakspear eventually broke up and the father and son moved to a different city. Daniel, who was 16, was targeted by a child molester.

When the child molester got arrested, police searched his home and found naked pictures of Daniel. They talked to Daniel, and he told them about the abuse he suffered from his father and Breakspear.

They also talked to Richard, who said Daniel was an “attention seeking” liar. No charges were filed.

But in 2015, Daniel recorded a phone conversation with his father where he admitted to the abuse. The police then reopened the investigation.

“I don’t know if training has improved or if I was just unlucky the first time, but I would definitely encourage other victims of historic abuse to come forward and report it now,” he told the Mirror.

Richard confessed to the abuse, telling the court that he wanted to “protect him from pedophiles so he would know what was right and wrong.”

Daniel, who tried to kill himself in the years following the abuse, said that he is still traumatized.

“When I smell someone wearing her perfume, or see that board game in a shop or on TV, it brings the memories back,” he said.

Breakspear was sentenced to eight years in prison for her role in the abuse.

White supremacists are ringing bells for the Salvation Army in Indiana