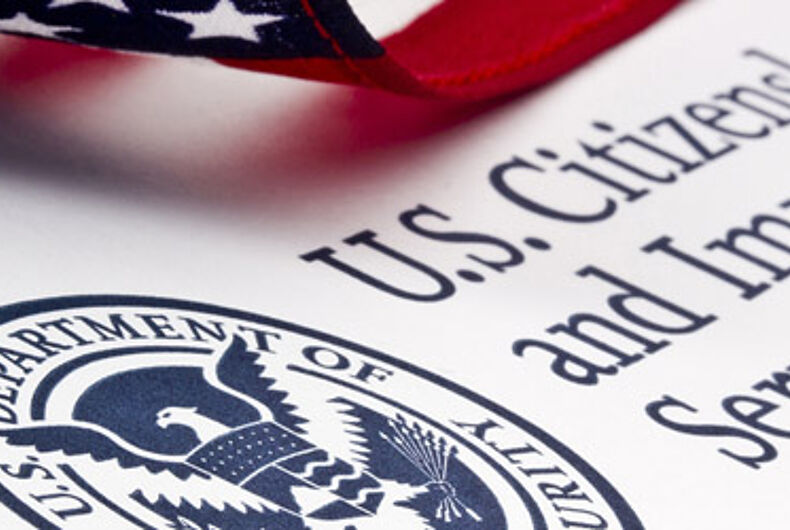 One of the first groups of the migrant caravan to arrive at the U.S.-Mexico border from Central America includes dozens of LGBTQ people who may seek asylum.

The Washington Post reports that dozens of LGBTQ people from Honduras, El Salvador, and Guatemala are now in Tijuana, in a shelter in a rented home.

“I cannot believe we actually made it here to the border,” said Andy Albaringa, 23. She is transgender and from El Salvador.

“The trip was so tiring.”

The caravan started in Honduras and made its way through Mexico over the course of several weeks. People walked, hitchhiked, and took a bus, and the LGBTQ migrants faced harassment from other travelers.

“We were discriminated against, even in the caravan,” Erick Dubon, 23, told the Washington Post. He and his boyfriend are from Honduras.

“People wouldn’t let us into trucks, they made us get in the back of the line for showers, they would call us ugly names.”

When they present themselves at the border and ask for asylum, they will still need to wait days or weeks just to get their papers processed.

LGBTQ people in previous caravans had a hard time waiting in Tijuana.

“They experienced a lot of violence, including having the shelter they were staying in robbed and set on fire,” said immigration attorney Nicole Ramos. “They are vulnerable.”