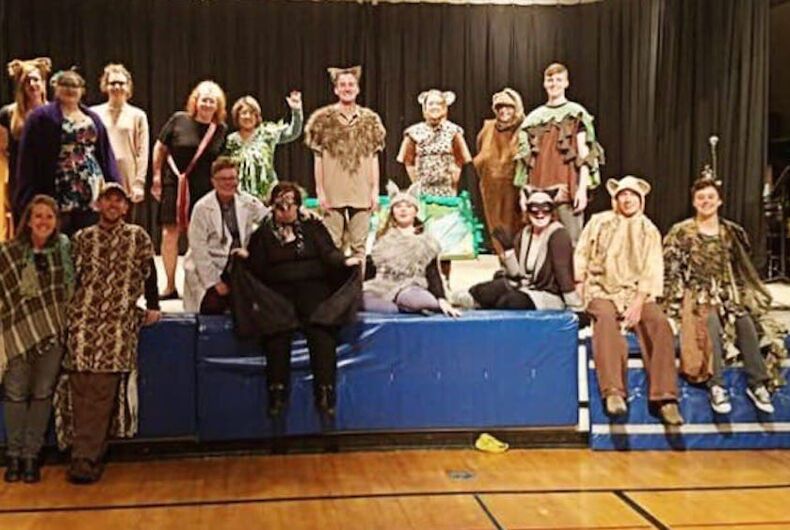 A Colorado elementary school is under fire from conservatives upset over a scheduled presentation focusing on inclusivity and compassion.

The school is hosting a performance of a play put on by Phoenix, a transgender choir in Colorado. The play, called Raven’s True Self, will be presented on November 30.

Raven’s True Self features a raven that is misidentified by other animals. The animals, in turn, are taught to accept raven for who they are.

The school is also planning on sharing three videos from the Queer Kid Stuff channel on YouTube prior to the performance. The videos discuss gender roles and identity.

“This is fairly typical in the Boulder Valley School District, to have our students learn about inclusivity and about compassion to other people and their differences,” said Randy Barber, Chief Communications Officer for the school district, to Denver’s CBS affiliate.

A person, identified only as a parent but not otherwise named, spoke out against the videos and the performance, saying that “[This] goes beyond a simple message of tolerance and acceptance.”

“We are saddened that this highly controversial and divisive topic would be invited to be presented to such young children,” they added.

Barber noted that other schools that have hosted the performance felt it was age appropriate, adding, “We really don’t believe that you can be too young to learn about inclusivity and differences in the community.”

Studies say American libidos are declining, but does that apply to LGBTQ people?