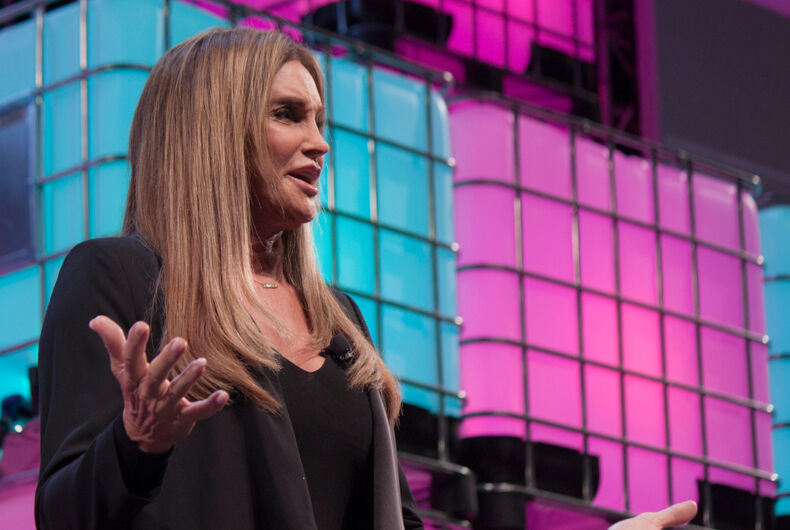 Former Olympian and reality television celeb Caitlyn Jenner is seeking redemption after publicly renouncing her belief that the Trump administration would be good for transgender people. Jenner has begun a round of charitable giving aimed at the transgender community.

“I had a great time today distributing four grants to extremely deserving organizations in the Phoenix area. I am blessed to be a part of this community,” Jenner said on her Twitter feed after delivering the checks to the organizations.

Jenner recently penned an editorial for the Washington Post, where she claimed she was wrong to support Donald Trump.

“Following Trump’s election as president, I saw fertile ground for change within the Republican Party on LGBTQ issues,” said Jenner.

“Trump was the first Republican presidential candidate to claim to support this valuable, vulnerable community, and I was encouraged by the applause he received when he said at the Republican National Convention in July 2016 that he would stand up for the LGBTQ community.”

“Sadly, I was wrong,” she continued. “The reality is that the trans community is being relentlessly attacked by this president. The leader of our nation has shown no regard for an already marginalized and struggling community.”

Jenner has been a polarizing figure in transgender community circles. While her name recognition and visibility has made her the “go to” on trans issues for much of the media, her political views and her naiveté have frustrated transgender activists.

A year ago, transgender activist Ashlee Marie Preston confronted Jenner at a Los Angeles event, telling Jenner that she was a “f**king fraud and a fake” after a Trans Chorus of Los Angeles event.

Although more polite, similar sentiments crept up in Jenner’s own reality television show, I Am Cait, when other transgender people she interacted with on the show, most notably transgender writer Jennifer Finney Boylan, attempted to educate her on transgender issues.

“When I spent six weeks on a bus last year with Caitlyn as part of her reality show’s road trip, I asked her how she could possibly be a Republican. She replied, ‘Every conservative guy out there believes in everybody’s rights,’ Boylan wrote in the New York Times in 2017.

“I shouted back, ‘That is a lie!’ Then I hit her with a rolled-up newspaper, demonstrating exactly how bad I am at the whole listening thing.”

At that time, Jenner was still firmly in the conservative camp, having been spotted by paparazzi driving around the LA area in her “Make America Great Again” hat just after Donald Trump had announced his transgender military ban. She later apologized for wearing it, saying it was a mistake and that she was getting rid of the head wear.

It is lapses in judgment like this, as well as the sense of entitlement that Jenner tends to speak from that causes many transgender activists to be wary of Jenner.

As many pointed out, Jenner seemed to be willing to back Trump through his racist and xenophobic policies on immigration and travel, but only publicly renounced her support when the administration took aim at transgender rights.

“Caitlyn Jenner showed us who she was three years ago,” said Venus Selenite, a black queer trans woman, in the wake of Jenner’s Washington Post editorial. “She has not done anything worthy of redemption. She has NOTHING to lose. NOTHING.”

Tiq Milan, a black trans man, shared similar sentiments on his Twitter feed, saying that Jenner “hasn’t done the work needed to be forgiven. She doesn’t get a pass (because) she’s a (trans woman) while she actively supported an administration that is trying to erase us out of existence, among other things.”

Love you so much babygirl, but @Caitlyn_Jenner hasn't done the work needed to be forgiven. She doesn't get a pass bc she's a tw while she actively supported an administration that is trying to erase us out of existence, among other things. https://t.co/SQcecfvHvu

If Jenner were to redeem herself, it would seem that these donations are a first step, but nowhere near the last.

Another mass shooter revealed to be a racist, anti-gay misogynist who couldn’t get laid