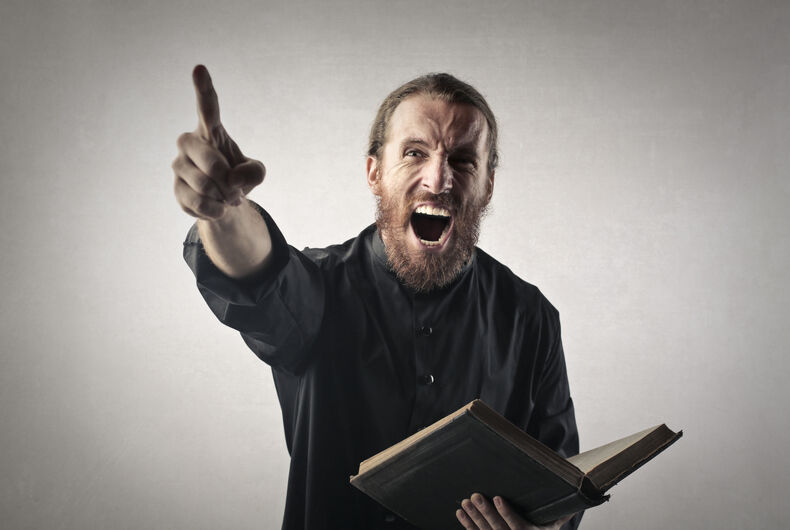 A group of pastors in Texas have filed a lawsuit seeking to overturn civil rights law that protects minorities. The loving Christians want a license to discriminate against LGBTQ people.

The U.S. Pastor Council are suing the city of Austin, Mayor Steve Adler, and Sareta Davis, chair of the Austin Human Rights Commission, to overturn the city’s employment nondiscrimination ordinance, saying it doesn’t include an exemption for “employers who hold religious objections” to LGBTQ people’s existence.

“Every church in Austin that refuses to hire practicing homosexuals as clergy or church employees is violating city law and subject to civil penalties and liability,” the lawsuit argues.

The 25 area churches say they want the ordinance blocked “because these member churches rely on the Bible rather than modern-day cultural fads for religious and moral guidance, they will not hire practicing homosexuals or transgendered people as clergy.”

Federal law already allows churches to follow their religion when making hiring decisions if the position is religiously-related. For example, Catholic churches are not required to ordain priests.

“These are the stingiest religious exemptions we have ever seen in an anti-discrimination law,” the group’s executive director, David Welch, wrote in a letter to the commission. “It is inexcusable that you would purport to subject a church’s hiring decisions to your city’s antidiscrimination ordinance.”

The Council is notoriously anti-LGBTQ and have been active in targeting LGBTQ people in any way possible. They were one of the main backers of the state’s proposed bathroom bill that would have kept transgender people out of the appropriate bathrooms.

Hillary Clinton: ‘You cannot be civil’ with Republicans who will ‘destroy what you stand for’